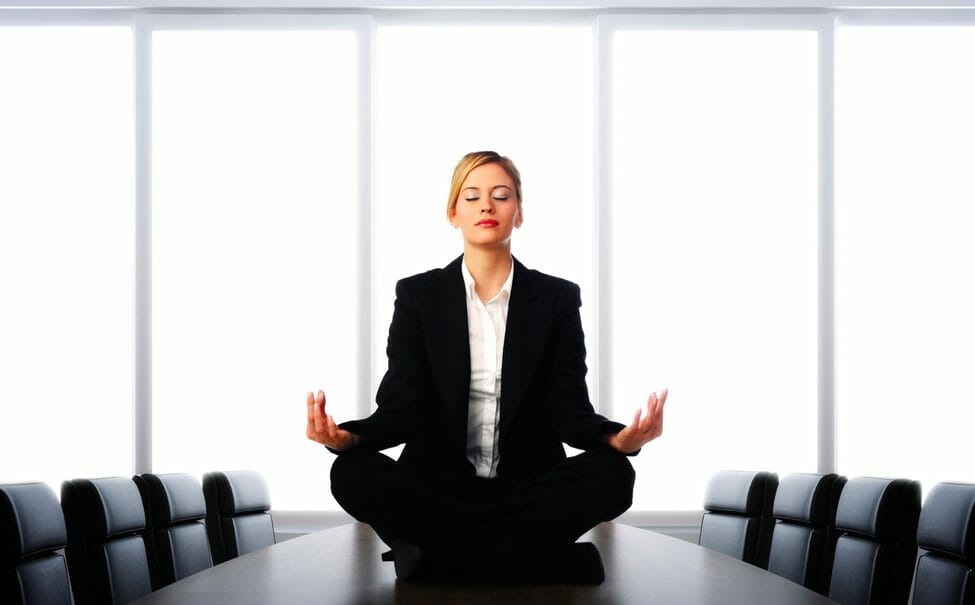 If you had said to me even a few months ago that I would be standing in a field watching the early morning mist rise from the ground, with a recently retired United Nations Director on one side of me and a senior specialist in the global fight against malaria and HIV/AIDS on the other, pretending to chop wood and lift imaginary weights while bellowing words loud enough to wake the nocturnal animals just settling down for a snooze in the distant treeline I would have said you had an active imagination.

Then again, if you had said I would be setting my alarm for 5am (yes there are two 5 o’clocks in one day) only to sit in meditative silence for half an hour, broken only by a brief respite to contort my body into impossibly gruelling shapes under the ever watchful gaze of a yoga teacher – a former Royal Navy field gunner no less – followed by another 20 minutes of sitting in absolute silence with a posture and discipline that would pass muster with a special forces drill instructor, I would have thought that you’d gone insane.

But there I was, on a cold April morning in Somerset, England, undertaking a leadership course with a serious difference.

To be honest, a three day intensive Zen Leadership seminar wasn’t at the top of my to-do list, but I was ‘encouraged’ to do it by one of the course leaders (and a former work colleague) under the guise that it would help me to resolve some challenges that I faced relating to both my personal and professional life that had taken me to levels of depression not experienced since a former business partner (and former friend) betrayed my trust five years ago leading to the loss of a company that I had poured heart and soul into for over a decade.

“You need this” and “It will really help” were two phrases that I wasn’t sure were a sales pitch or genuine concern for my welfare, but when I received an unexpected tax rebate for a little more than the cost of the seminar, the last barrier that I had put in place fell away, and I took that as a sign and booked a place. Boy, am I glad that I did!

So there I was, stupid o’clock on day two, feeling mentally and physically pumped after a 90 minute combo of meditation and yoga, in a field surrounded by business and organisational leaders from throughout Europe, led by two ever-enthusiastic coaches in the form of Ginny Whitelaw, a senior NASA scientist who now leads the Institute for Zen Leadership who had flown in from the US to pass on her wisdom, and Andy ‘Robbie’ Robins, a former Royal Navy veteran and construction leader who is now the Institute’s Managing Director and a practising Zen Master. With the gestures and words yut, nee, sum, and sei firmly embedded now in my lexicon I know that something that they said has stuck with me, but the training goes far beyond a few tai chi movements and learning to count to four.

Indeed, the course weekend was interspersed with some seriously powerful leadership training, from learning to thrive within paradoxical environments and when to switch between behaviour types to get the best from both yourself and others, understanding when and how to effectively use your driver, visionary, organiser and collaborator energies effectively (and what areas you are naturally good at), knowing the warning signs for when to recharge your batteries, and developing skills and techniques to avoid the dangers of stress-related illness and burnout which is ever-present in the modern workplace.

According to the latest estimates by the UK Government in 2017 stress, depression or anxiety accounted for 40% of all work-related ill health cases and 49% of all working days are lost due to ill health. Think about that. That’s 1 in 2 working days lost to ill health due to something that is entirely avoidable if measures are taken to reduce or eliminate stress-related conflict in the workplace. For employers, they couldn’t go far wrong considering some form of Zen type programme to overcome this challenge and I would recommend that this programme should be on the short list.

For me, I walked into the course at the end of a period of intense conflict between multiple work and personal commitments that I had left unchecked for too long and as a result had escalated into what I recognised as symptoms of depression – isolation, exhaustion, emotional instability, feeling down, etc. Earlier this year I had attempted to resign from my leadership position as a result of my mental state because I didn’t feel that I was contributing effectively to the organisation or indeed to my team, despite having no backup plan for how I was going to generate a long term income. Fortunately, my organisation cares about its people and they refused to accept my resignation – indeed, they were highly supportive that this course would be a good idea as they don’t want to lose me and they made me appreciate that they saw more value in me than I recognised in myself.

So I walked in to this seminar on day one in a fairly grey mood, uncertain that I wanted to be there or indeed what my specific challenge was other than the gentle insistence of others that I needed to be there, and a little unsure of my ability to function without the Internet or my mobile phone for an entire long weekend in the company of people that I was convinced would all be wearing sandals and sporting tie-dye kaftans. A strict diet of vegetarian food and no television only served to deepen my trepidation.

Without a doubt it was one of the best things that I have ever done. My initial impressions about the other people couldn’t have been further from the truth from Rahan, a tall Kenyan born big-pharma exec with the capability to dissect a problem and get to the root of the cause within seconds, to Vlassis – ‘like glasses but with a V’ – a larger-than-life Greek working to make a difference in the world in the battle against communicable diseases who has an outstanding sense of humour and a big heart, Florence from France about to embark on a new chapter of her life after being a United Nations leader for many years, and Ernie, an American living in the UK, one of the founders of a leading cold water surf clothing brand who now works with other companies to share his knowledge of building brands. Indeed, the experience wouldn’t have been the same without every person in the room from all walks of life who contributed their time, their knowledge, their understanding, and their compassion to supporting each other and to helping everyone to find their own unique pathway to better leadership.

I met a group of amazing people whom I hope will remain friends for life, we shared personal challenges that were impacting on our leadership abilities and our ability to function in life generally, and we helped each other to talk through challenges and to put things into perspective, to find a path to resolving whatever was on our minds. For some, there were lightbulb moments, sources of revelation and insight previously unattainable to them. For others, new business ideas were formed, ongoing coaching relationships developed, and bonds were formed. For all the foundations were laid for some beautiful friendships.

How many seminars can you say you’ve gone to where such vivid memories stay with you, or where such a feeling of inner peace and tranquility lingers on well after the course. Take it from me, for a red-blooded carnivorous mission-focused military veteran to embrace this course in the first place was such a big step, but I’m so glad that I did and I’m definitely going to go back and do another course with these guys. All you need is an open mind and a willingness to learn, and you’ll be glad that you made the effort.

They have a challenge at the Institute for Zen Leadership which is to meditate for 20 minutes a day for a month. It’s a small step, but I am told it will transform my life. I’ll see you on the cushion.

Jeremy Hurst is a Royal Navy veteran and entrepreneur who is currently leading an EU funded business support programme on behalf of Cornwall College. He is also the founder of an award winning early stage wearable tech company developing a product designed to save lives that was inspired by Jeremy’s experience as a peacekeeper in Bosnia. Jeremy is not connected to the Institute for Zen Leadership in any way other than as a client, and has not been rewarded in any way for writing this review.