what an interconnected universe means for you as a leader 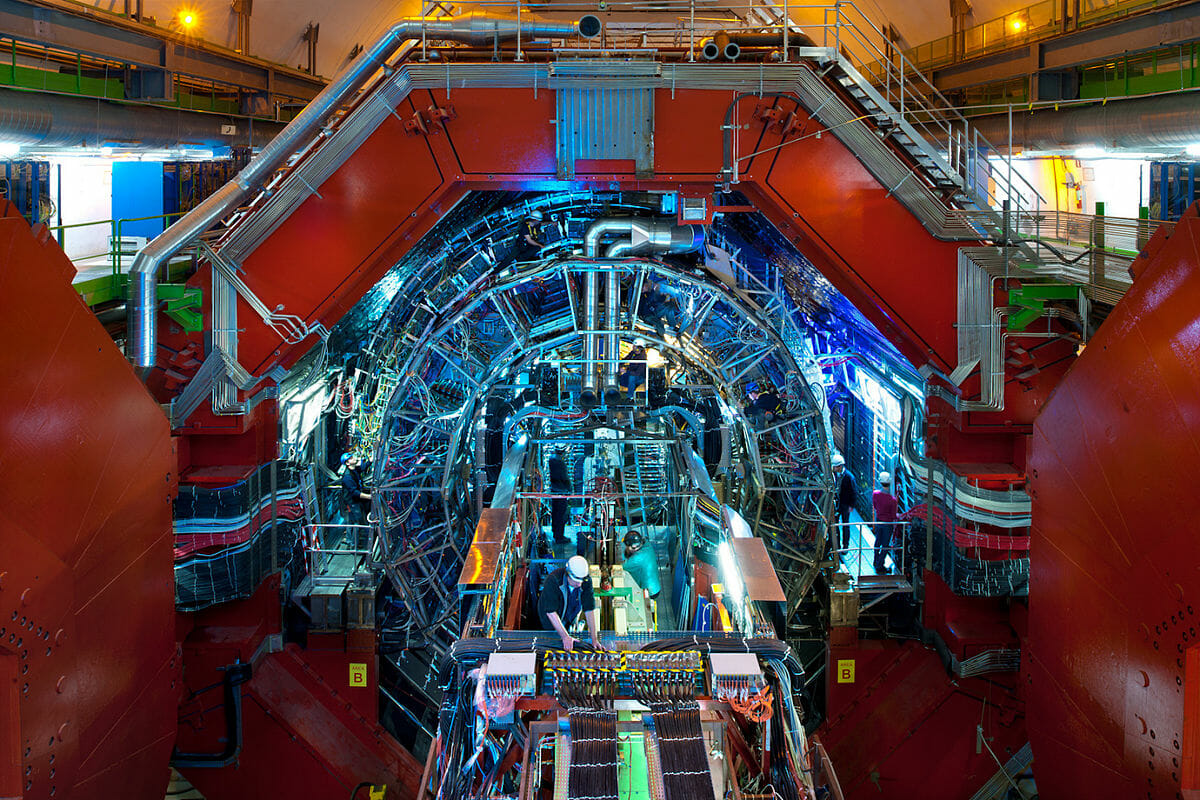 What an interconnected Universe means for you as a leader

String Theory is on the ropes.

At least that’s the summary from a recent review of the state of high energy physics and the lack of experimental support for the current ranking Theory of Everything. The Large Hadron Collider, the first of its kind powerful enough to detect the supersymmetry particles required for String Theory to hang together, has found nothing of the like. What vies to replace String Theory is an array of possibilities even more mind-blowing to conventional ways of thinking, upending notions of causality, where quantum entanglement synchronizes particle states beyond space and time, and space and time themselves are revealed not as absolute (circa Newton) or even relative (Einstein), but as emergent properties of an even more fundamentally interconnected reality.

All of this may seem of distant relevance to leaders and the world of business. Yet if we think of leadership as bringing a possible future into the present and bringing others along, what could be more relevant than updating our notions of the reality we’re working with? This interconnected universe, while being gradually revealed objectively through math and science is, at times, suddenly revealed subjectively through contemplative practice, such as Zen. As such, Zen Leadership functions from this interconnectedness and offers a guide to what’s possible when we flip our frame on reality out of the 17th century and into the 21st. Three particularly potent principles emerge for leaders today: (1) treat everyone and everything as part of yourself, (2) trust connection more than control and (3) use yourself as a connected instrument to sense what’s ready to happen and enact it.

TREAT EVERYONE AND EVERYTHING AS A PART OF YOURSELF

A list of rules traditionally read at the start of intensive Zen training includes how things should be handled: “treat everything as you would your own eyes.” One can feel the gentleness, reverence and respect with which we‘d handle our own eyes, plus the knowing that we ourselves would suffer the consequences of carelessness, much less cruelty. In an interconnected universe, that’s a darn good frame for being in right relationship with the people, planet and conditions around us. Immediately we’re put in the mindset of care, reciprocity, and circularity; we look for mutual benefit rather than using people or using them up. We look for regenerative practices instead of extractive ones. After all, we love our eyes.

On the people side of leadership, this mindset is perhaps best summarized by the words of Tenshin Tanouye Roshi: “Become the other, go from there.” He wasn’t speaking metaphorically. People who train in contemplative practice eventually arrive at a stage where they can see their thoughts and emotions, rather than just be those thoughts and emotions. Once we can peel back from being 100% identified with our own subjective state, we can increasingly empathize with the states of others. Freed from being stuck on the view from only a single node in a networked universe, we can increasingly feel into the perspective from other nodes and our mind can roam freely through the whole network.

As we dissolve our sense of separateness, we more readily experience life through the being of others and sense a productive direction in which they’re able to move. So, for example if we’re trying to sell an idea to our team, rather than pushing it from our perspective, we feel into their reality, and why this idea serves them. We might also feel into their fears and why they might hold back. The more we become them, the more readily we’ll sense why this idea is in their interest and how they can move forward on it.

Control is an illusion. It’s a workable illusion short term when conditions are stable and favorable: we can plan the work, work the plan, and things come out as we expected. But when conditions are turbulent, the plan is outdated before it starts, the work is misdirected, and outcomes spawn unintended consequences. It’s becoming apparent, for example, that human efforts to over-control nature are having the unintended consequence of destroying the very nature that supports human life. In this technologically sped-up time, which for decades has been characterized as volatile, uncertain, complex and ambiguous (VUCA), control does not work as well as it once did (or at least seemed to). Little wonder that two of the most crucial traits for a successful CEO today are deemed to be humility and adaptability.

Connection is a fact. Whether we sense it or not, whether we like it or not, we are interconnected, not like billiard balls in a rack, but like interpenetrating weather systems that are fed by our local conditions and fuel larger patterns. We are energetic systems nested within networks of energetic systems, from the microscopic to the telescopic, in constant resonance with the energies around us. This physical reality is revealed in so many ways from how our senses work, to how we can “get on the same wavelength” with others, to how ideas (not to mention viruses) go viral.

Coming to trust connection in leadership means having the humility to know we don’t have all the answers, nor could we. Instead of tuning out with the closure that certainty brings, we tune in to the field of possibility, as one might listen to catch the beat of song. Trusting connection means we trust ourselves to move and adapt with the flow of things, feeling a part of it, rather than apart from it. Trusting connection in relationships means we connect the right people and put the right relationships in place knowing emergent properties that we couldn’t possibly predict will add needed creativity to the mix.

Nothing fuels this trust more than having our own genuine experience of interconnectedness, which again is a ready product of contemplative practice. And nothing could be more valuable in leadership than functioning from the wisdom that arises from this experience.

SENSE WHAT’S READY TO HAPPEN AND ENACT IT

Leaders create the future. That’s how we commonly look at it, as if leaders had the power to create something from nothing. But when regarded from the point of view of an interconnected universe and the laws of physics, whereby energy is neither created nor destroyed, it would be more accurate to say leaders sense the future. They resonate with something in the Zeitgeist, that stirs an idea, ignites their imagination, and resonates with sufficient strength that bit by bit, act by act, they become one who manifests that idea. When a leader exactly matches in thought, word, deed and relationships, who they would be when a creation they’ve imagined is realized, that creation is brought into the present, because that’s where the leader exists. Now. Where we all exist.

This interconnected way of looking at the creative capacity of leadership is potent and practical. It puts a premium on using our body-mind instrument as a sensing antenna to listen to the people and conditions around us, to listen for, as MIT’s Otto Scharmer would call it, “the emerging future.” As we sense a worthy goal or direction, the next question becomes how do we let it change us? We do well to get very precise in imagining when that idea is true, how are we different? Who’s on our team who is not there now? What are we doing that we’re not doing now? What practices are supporting us that we’re not practicing now? When we do such an exercise, invariably we find shifts we can make to better match the leader of our goal or direction once realized. Bit by bit, act by act, we become the future we want in the present. Far from being an inert change agent, we are exactly the agent changed.

String Theory may not be faring so well in the latest developments from high energy physics, but leadership that builds on the vastly more interesting and interconnected universe being revealed can fare well, indeed, and help the world fare better.