law enforcement and the riot within leading at the extremes 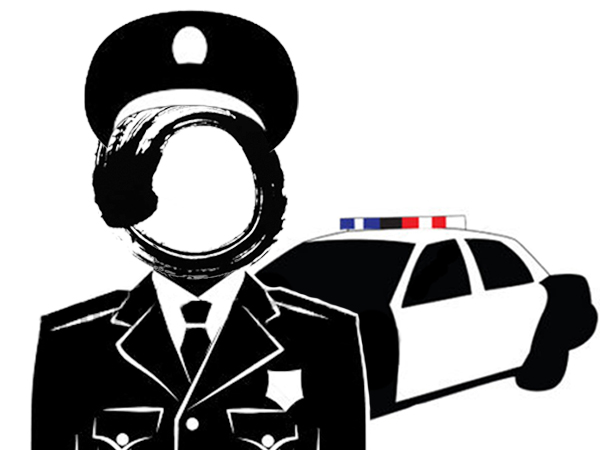 Protestors are in the streets even as I write. A police officer is cleared of charges in the shooting death of a man in Missouri. The U.S. Attorney General charges the Cleveland police force with excessive use of force in Ohio. A man is choked to death in a police takedown in New York. These personal tragedies and cultural gashes are deepened by racial divide, and never have we seen such broken trust between the police and the society they would serve.

I recall from my days in Aikido – a martial art based on leading energy – that it was taught to the Tokyo riot police, so they would understand that the real riot is not on the streets, but within. For that’s where our demons are, where our fears rule. That’s where we get triggered – or not – by a threat that becomes a target that becomes the only and all-consuming thing we see as we keep squeezing the trigger.

Surely we’ve heard enough opinions about these police tragedies, and surely you have your own. I don’t aim to change or add to them. Rather I’d encourage you to move beyond opinion altogether, and see the deeper and darker truth about you and me that these tragedies reveal: namely, that we can all be triggered under extreme circumstances to do desperate things. If we’re hungry enough, we may steal. If someone we don’t respect pushes themselves as an authority over us and we have nothing left to lose, we may push back. If we’re afraid that someone is going to hurt us, we may protect ourselves with whatever arms we have at hand. And once we’re triggered, all perspective is gone. The “amygdala hijack”, as it’s called, is underway, our reasoning power gets disabled by stress hormones, and we are as animals.

So the question for each of us is how well do we know our own demons, our fears, and how extreme do conditions have to be to trigger us? We know some people who are calm and collected by nature; very little seems to ruffle them. Whereas we know others who are often grumbling for a fight, who have so many hot buttons, one navigates a minefield even talking with them. Where would we put ourselves along that spectrum? And even if we don’t blow up often, what do we know about ourselves at the extremes?

Most leaders, unlike police officers, do not face life and death situations regularly, or even think about life and death on a daily basis. But they do work long hours, often with difficult others, they face conflicts and pressures, and get fatigued. In my work with leaders, we often give them a personality instrument developed by Bob Hogan that measures how they’re likely to “derail” at the extremes. Hogan identifies 11 different derailers, including the tendency to be volatile itself. Other derailers include withdrawing, getting melodramatic or passive resistant, trying to please people in power, basically a whole suite of fight or flight strategies. What derailing behaviors all have in common is looking out for #1 – our self in our skin. At least by knowing and naming our tendencies, we increase our self-awareness and, hopefully, we can start to see our triggers rather than just be triggered.

But to learn how to work with ourselves at the extremes, we have to be willing to go to the extremes and do the work. This is exactly the territory that Tanouye Roshi, in bringing shugyo to the West, insisted we navigate in our Zen training. He brought it to my Aikido teacher, Toyoda Sensei. And Toyoda brought it to me, and brought me to Zen. “Shugyo” is best translated as “spiritual forging” – as in hammering our metallic ego, our entire body-mind system, to hone it in accord with the Way. That sounds nice, but my experience is far from nice. It has felt like hurting so much my legs were looking for a new owner, swinging a sword until my arms wanted to fall off, barely making it to the end of an exhausting day of training and being told I had to train all night. I don’t say this with any pride; many others have trained more fiercely than I have. And the point is not to be fierce or extreme for its own sake. Surely there are plenty of extreme sports, or ways we can put ourselves under extreme pressure or work extremely hard that, far from being “spiritual forging”, serve to reinforce the ego at the center of all this doing. In shugyo we train at the extremes to un-do the ego. We strip it bare and get to know our demons well. We get to know the despair of hopelessness, the depression of exhaustion, the depth of selfishness, and the deflation of utter failure.

Pretty depressing, right? Wrong. Something really is forged in the process: a quality of fearlessness that has nothing to do with bravado, and everything to do with experiencing that no matter how bad things are, we are bigger. We experience that something in us is untouched by the up-and-down drama of our mortal life. We see both sides of who we are, not as an abstract concept of oneness or emptiness informing our sack of skin. But as immovable, boundless awareness holding a human heart that can touch all other human hearts and hold their pain, and not run away, and not react in fear. The riot within settles down. The riot outside doesn’t happen, or is lessened by our presence. We can stand in the middle of a mess and not derail.

As much as we might hope that every police officer or every leader might have this kind of peace, training at the extremes is not for everyone. That said, our work at the Institute for Zen Leadership and the Dojo is to make it available to anyone for whom it is right. But even in life as you live it now, you can get to know your demons and fears better by watching yourself closely in the physical and emotional extremes of daily life. What are your hot buttons? Under what conditions are they more likely to go off? And how do you escalate things when you get triggered? Recognizing the fears that underlie our hot buttons and flipping them around into new awareness is a skill worth developing. If you’d like to practice it and flip around your fears one by one, I invite you to download this exercise from The Zen Leader.

The more we come to know our fears and our self at the darkest extremes of our life, the less those fears get all of us, and the more awareness shines even through the darkness. If we are fortunate, awareness itself will reveal the totality of who we are, and we will know, beyond all ordinary knowing, that life and death can make or break our human heart, and cannot touch us whatsoever.