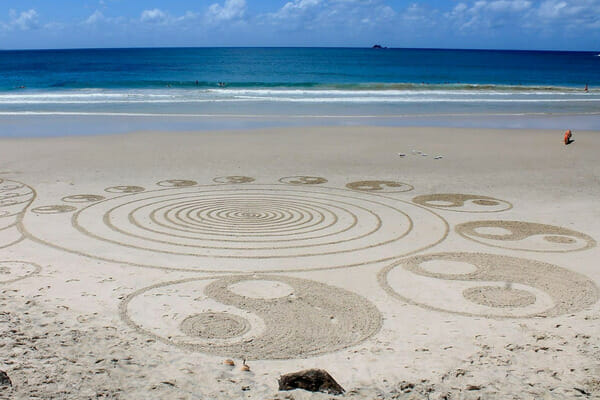 Is it better for leaders to play to their strengths or shore up weaknesses? This question has been hotly debated in leadership development circles for years. Leadership development 1.0, popularized with the emergence of multi-rater feedback, focused on weaknesses or development areas as seen by others. Version 2.0, popularized by Gallop and their Strengthsfinder profile, focused on leveraging one’s strengths, and perhaps relying on partners or colleagues for complementary strengths.

Both of these approaches have merit and both are inadequate. What they miss is the connection between energy, personality and the relational quality of resonance. They’re based on an individualistic, mechanical view of a leader as a package of relatively fixed traits acting on a world of objects. While this can be a useful simplification, the deeper truth is that we are not purely individuals, our traits are not fixed and the world into which we act is more than objects.

Rather, we are energetic beings in a material body, with full access to the energies that comprise human personality and we are in constant relationship with the energies of our environment, from people, to processes, to the planet.

Embodied access to the energy patterns of our own nervous system combined with visceral sensitivity to the energies around us allow us to manifest the energy that meets the moment with the kind of resonance we intend. Energy-infused leadership development could be called version 3.0, which both vitalizes leaders and guides them in making their vital difference in the world around them.

It starts with an energetic view of the human being or, as my Zen teacher, Tanouye Roshi, put it, “From birth to death, life is a flow of energy.” To my physicist ears, this made good sense, as energy moves everything. Even matter, as Einstein showed, could be considered a very dense form of energy (as in: E=mc2), related by the very big number that is the speed of light squared. Moreover, what we think of as an individual is more like a weather system, a life-long hurricane stabilized by the density of a gradually changing body and affected by all the relationships and conditions that shape a lifetime.

This was hardly the view I encountered entering the field of leadership development in the 1990’s. The conventional wisdom at the time was that personality was fairly fixed from an early age and that personality tests, which ignored the body, could largely bracket one’s range of leadership.

My Zen and physics curiosity was piqued because no form is truly fixed—everything changes according to its nature—but if something seems fixed, it’s useful to ask what’s holding it in place?

And how can we go from being fixated to being more fluid and adaptable, which even in the 1990’s was important for leaders and has since become indispensable. The answer lay in more deeply investigating that gradually changing body, for that’s where inherited traits, trauma and the habits of a lifetime get stored and re-enacted.

The ideal framework for that investigation came from the work of Betsy Wetzig, who made the link between personality and four distinct patterns of movement that had been found in the nervous system. While we have access to all four patterns, we also have preferences (similar to being right- or left-handed) that shape our personality. By making the link into the body, we connect with the capacity to practice and embody new habits, making our personality an adaptive tool, not a fixed prison.

The FEBI tool measures one’s preferences for these four energy patterns, as well as ways to develop easier access to any of them. It’s good to know one’s favorite pattern as that seems to be an enduring preference (even lifelong) and will condition a set of behaviors likely to become one’s strengths. Overdone or used at the wrong time, it can also give rise to shadow-side weaknesses. More is written about the patterns elsewhere, but in brief, their qualities and potential shadow are summarized as follows:

These energy patterns are not fixed strengths and weaknesses, so much as available tools and habits. Comprising our inner team, they’re mutually supportive and able to be used as needed, including to do the work of leadership development 1.0 or 2.0. For example, if a leader receives feedback that he doesn’t listen and runs over people, he’s probably overdoing Driver, and any other pattern will help mitigate this weakness (version 1.0). Engaging Organizer energy will help him listen better, using Collaborator energy will help him sense another’s point of view, or expanding into Visionary will help him open to possibilities beyond the certainty of his opinions. If a leader finds she has natural strengths in the Driver pattern (version 2.0), she can learn to sense when is the best time to use it and how to bring in the other energies just enough to fully leverage the Driver’s strengths without falling into its shadow.

Just like most of us need and use both of our hands despite having a handedness preference, so these four patterns function as a system to meet the diverse demands of leadership. For example, a leader might sense a future ready to happen (Visionary), enthusiastically socialize it with colleagues to build buy-in (Collaborator), lay out a plan for orchestrating their work together (Organizer) and meet milestones with determination (Driver). Or a leader might be determined to hit a given target (Driver), realize the environment has changed and the current approach is inadequate (Visionary), work with colleagues to find a way around obstacles (Collaborator) and build out a new plan (Organizer).

But the skillful use of energy goes further still as we consider the leader-as-weather-system in a sea of other weather systems at different scales under all kinds of conditions. How can leaders use their energy to create the resonance they intend in the world around them? This is where visceral sensitivity to one’s environment is indispensable—whether that’s a person, process, part of nature or a whole Zeitgeist.

In Zen Leadership this sensitivity is cultivated by becoming one-with that environment, absorbing oneself into it as a part of one thing, not apart from it.

What follows from this felt connection depends on the context and our intention, but a useful set of options is offered in The Resonance Code, which is a modern interpretation of the I Ching (Book of Changes), looking at the interplay of Yin and Yang energies between individual and environment. The four basic options are:

The practical payoff of leadership development 3.0 is that it includes all that has come before and extends into much more adaptive and physically trainable dimensions. Each of these four energies can be experienced, physically practiced, intentionally deployed, sensed in other people and read in one’s environment. The more we do it, the better we get and at it. Moreover, this advanced way to develop as a leader is not focused on our individual strengths or weaknesses, but on what we make possible around us when we use ourselves as energetic instruments, ever revitalized by the energy we conduct and the sheer joy of living on purpose.