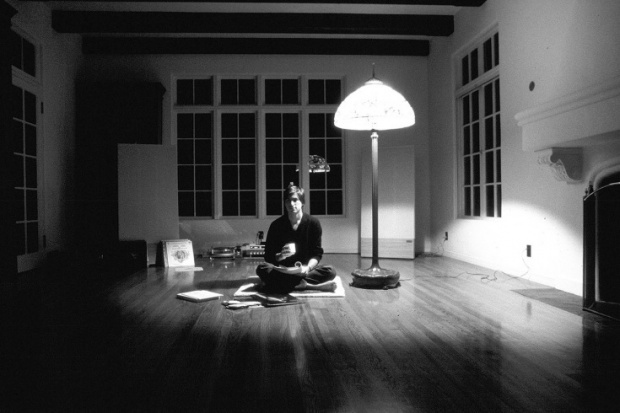 I have a couple of friends, one in New Zealand and one in England whom I much admire. They are real entrepreneurs in that they have given useful chunks of their lives in pursuit of producing products that will make the world a better and more sustainable place. It’s been a long road, and neither of them to date has gained any financial benefit from their endeavors. In fact, the opposite is true with their efforts taking much of their personal wealth. What I find interesting is that the two friends share many qualities, and these qualities align closely with what I have read about Steve Jobs, who without a doubt, is one of the most successful entrepreneurs the planet has seen. Turning a thought into an idea, and vision is one thing but having the ability to allow that creativity to flow through you, and manifest into form through your hands, feet or mouth into the world is the bread and butter of the entrepreneur.

I knew that Steve Jobs was a meditator, yet, it wasn’t until recently that I discovered how much Zen had played a key role not only in Jobs personal life but as a significant influence within Apple Products. It was actually the creative influence of Zen that Jobs was seeking.

In 1971 as a sixteen-year-old boy, Steve Jobs first attended Haiku Zendo, in Los Altos, California, beginning his Zazen training under the famous Zen Master Shunryo Suzuki. Here Jobs met with Kobun Chino Otogawa who was to become his teacher on and off for the remainder of his life.

Kobun was a Zen Buddhist priest who, after University, spent three years in a Japanese monastery, during which time he trained in calligraphy and archery. Kobun was seen as a rule breaker, initially rejecting the keisaku (a wooden stick used to train young monks) and, against the wishes of his teacher emigrating to the US  after receiving an invitation, from Shunryu Suzuki. Kobun was to Buddhism what Jobs was to computers and business: a renegade and maverick. Little wonder why the two became so close.

In 1985 Jobs was fired from Apple, and although he was a wealthy man, he wasn’t a person who was going to take it easy. Instead, he found himself turning to Zen, and like many others, he found himself leaning into it during one of the rockiest periods of his life.

In 1986 Jobs spent time training under Kobun at Tassajara Zen Mountain Centre, California. He wanted his computers in his new company to be designed perfectly, recognising that Kobun could teach him about Ma, a Japanese and Zen sense of the relationship between objects and space.

Kobun set about teaching Jobs not to judge everything on sight, but instead to experience Ma so he could understand design and space. And to find Ma, he needed to realize Mu, i.e. absolute emptiness.

Jobs returned to Apple in 1996, with the company in dire straits. Staging a boardroom coup, he became CEO and immediately began working to turn the company around with new products and investment from Apple’s main rival, Microsoft.

Steve Jobs believed in perfection, seeking to be the perfect innovator making perfect products on a massive scale, and it was this that eventually moved the two men in different directions. Kobun, in his tumultuous life, found himself seeking inner peace, something he felt perfection would never achieve.

There is no way for us to know what Steve Jobs took from Zen. Still, it is evident that his intuition that Zen was going to play an essential role in what he called “putting a ding in the universe,” was spot on, helping to make his mark and leave his legacy.

We are excited to announce that the Resonate experience will soon be available via a new 6-week online training program, in partnership with the InnerProfessional.com professional and leadership development catalog. Besides being included among transformative, world-class consultants, authors and trainers, Resonate will be presented via an online community experience like no other. This program will enable you to join an online peer-group community to expand your like-minded professional network and connect with supportive practice partners. The 6-week program will include about an hour per week of self-paced, on-demand exercises and content. Additionally Ginny will personally facilitate three live, one-hour online group sessions.

learn more and register for resonate!

Ginny spoke with Pat Lynch , the Editor-in-Chief of Women’s Radio, about Resonate. Ginny talks about how the exercises in Resonate can be used in day to day life.

Zen and the art of coherent resonance

Our recent webinar with Rollin McCraty of the HeartMath Institute was so interesting, we’re going to revisit the topic! Rollin dove into fascinating data showing, in modern scientific terms, what ancient wisdom has always known: First, that we are intimately connected to the Earth, to Nature and to the energy pulsing through the Universe. And second, that a state of optimal coherence (or alignment) of our breathing, heartbeat and brain waves helps us tap into this Universal energy to achieve resonance with it.

Rollin gave us great information on the What and Why of Global Coherence, but he left us wanting more on the How we can use this information. So join us on Thursday, November 19 at 12 noon Central US Time as Ginny Whitelaw and Bob Caron take us through the Zen technology to resonate your body-mind toward coherence. Read more about this webinar, watch or re-watch the previous session, and sign up for more right here!

Zen and the art of coherent resonance