We hear more all the time about the march of technology: how we’re approaching a singularity where machine intelligence surpasses that of humans, not only in one dimension of activity (which happened in arithmetic a long time ago), but in all. We hear how neurotechnology will soon supplant our failing memories and how nanotechnology could lead not only to bionic humans but also to a new species of self-reproducing nanobots – all within this century. As artificial intelligences advances, it’s raising fears among some of the smartest technophiles on our planet.

So it comes as some relief to find technologies focused on accelerating the awakening of human consciousness, rather than overtaking it. These technologies are growing all the time. This week, for example, I learned of a meditation app that its users describe as “life changing”. For a couple bucks, you can download mobile app that gives you a handful of 5-15 minute guided meditations for when you’re traveling, feeling stressed, can’t sleep, or any of a dozen other conditions. The same day, I was sent a link to a TedX talk with Mikey Siegel featuring technologies for engineering enlightenment.  Mikey shows how people are wiring up brains and imaging the effects of meditation. Going beyond charts and graphs of biofeedback, he shows how sound and visual imagery can be used to draw one toward a higher state of consciousness, or even bring a small group into a synchronous meditative state.  Now that’s some teambuilding.

But as I watch these technologies unfold, I am struck by how they reveal our cultural bias to keep living in our heads, and thinking that higher states of consciousness or enlightenment are confined to the head or thoughts the self has. To me that’s like studying a delusion in search of the truth. That’s not to say we won’t learn a great deal by researching the brain. But if you’re interested in more integral states of consciousness or indeed, enlightenment, in Chozen-ji Zen we would advise: get out of your head and into your hara. 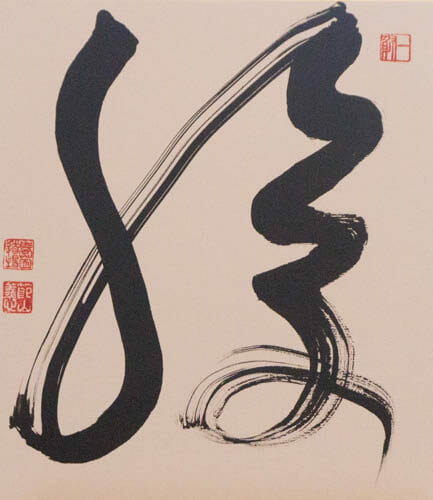 Hara is a Japanese term referring to the lower abdomen, or “guts” to put it colloquially. And similar to the way we speak of guts, hara is not purely a physical term, but also connects to courage, gravitas, and power of a physical, moral and spiritual nature. From an energy and personality perspective, the hara is the coordinating center of two of the four energy patterns. The pushy, intense Driver is centered at the base of thehara, which you can feel by clenching your fists until something is activated at the base of your abdomen. The rhythmic, enthusiastic Collaborator is centered just below the navel, which you can locate by swinging your hips side-to-side and noticing the pivot point around which your hips are moving. Together, the Driver and Collaborator are the two extroverted patterns that have us pushing into the world with the resilience to play with it. Related to this, the hara is the power center in the martial arts, and the source and sink of the deepest, slowest, most stabilizing way to breathe – the sort of breathing one needs to see through delusion. To enter hara breathing, here is one of my favorite exercises.

So how does this connect with technology? Well, on the one hand, hara breathing is what we might call a Zen technology that can serve people well beyond the walls of a dojo. On the other hand, the ability to learn it and put it to good use could be vastly enhanced by the technologies of our time. My colleagues and I at Wisconsin Zen gathered last year in a session dubbed, “Zen Tech” to explore both of these possibilities. Out of that came a hara development blog started by Ken Kushner Roshi with stories, explanation and exercises around cultivating hara breathing. Ken also started leading an effort to develop a harameter™, which would measure the quality of hara breathing and teach anyone how to do it. We have an old-tech way of doing that now using a modified blood pressure cuff wrapped around the hara, but with the right technology partner, the harameter could become an app that its users also write about as life changing.  I can picture it now: Going into a tough meeting? Here’s a two-minute exercise to set your haraand enter with gravitas. Feeling scattered? Here’s a 5-min centering practice that will stabilize the condition out of which your thoughts arise. Sitting at your desk? Here’s a way to monitor your hara breathing and strengthen yourself every day. If you want to keep up with harameter project or you’re a technology whiz who could take it to a new level, please let us know on haradevelopment.org.

Where is this technology going? Ken reminded me of something we heard years ago from the ever-prescient Tanouye Roshi. In addition to being a genius of a Zen master, Tanouye also had a deep understanding of music and resonance. In the early 1980’s, Tanouye told Ken that it would be possible to enable enlightenment by building a device that would vibrate at a certain frequency and placing it on the hara, about an inch below the navel. He went on to say he knew exactly what frequency would be required, but the technology had not yet arrived for it. Well, by now, I would guess it has arrived, and I hope these words reach someone who can prove it. Because this would be a darn good time to put it to use – before we cede our future to nanobots.

Although previous models of personality often lump all extraverts into 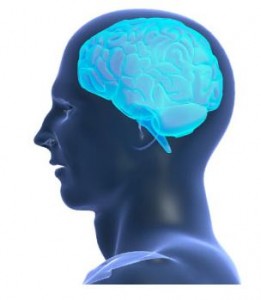 one category, a study recently published in Cognitive, Affective, and Behavioral Neuroscience found evidence of two distinct types of extroverts – agentic and affiliative.  Agentic extraverts are described as outgoing ‘go-getters’ who are persistent, assertive and focused on achievements.  Affiliative extraverts, on the other hand, are defined more by their social nature, described as being affectionate and friendly.

Although this distinction is expressed through one’s behaviors and social interactions, the study found that this distinction is grounded in neuroscience, finding that the two types of extraversion correspond to two distinct brain structures.  It’s not surprising then, that the FEBI, which is a personality model deeply grounded in the nervous system, would also make this distinction.  This was discussed in the FEBI-focused book Move to Greatness which stated, for example, “within the scale of Extrovert-Introvert, different subscales show two distinct ways to be an extrovert: one can be highly initiating on task, which is the energy of the Driver, or one can be highly social and gregarious, which is Collaborator energy.”  In other words, the Driver energy pattern captures the agentic type of extroversion and the Collaborator energy pattern captures the affiliative type of extroversion. In the world of FEBI this distinction has been discussed for years, and now the world of neuroscience confirms a way to see this difference in brain structures. So, truly, if you’ve seen one extrovert, you haven’t seen them all.

Want to know how you score on the Driver and Collaborator scales of FEBI?  Take the FEBI for yourself.