taking ownership: how we avoid it and how zen tackles avoidance 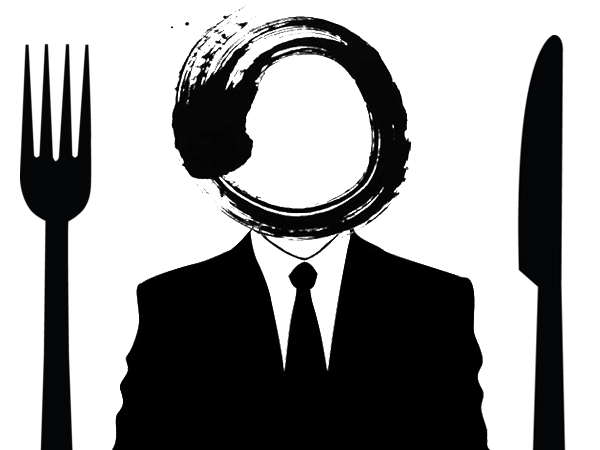 I was watching a gastronomically challenging documentary the other night: Forks over Knives. It came out a few years ago, making a compelling case for the connection between a typical Western diet and the typical health problems of Western people: i.e., cancer, heart problems and diabetes. It tracks the practice of a couple of doctors who get great results by getting their patients off the knife edge of meat and dairy and onto forkfuls of fruits and vegetables. Throughout the documentary, we see patients whose diabetes goes away, who can quit taking expensive drugs, and whose blood pressure and cholesterol return to normal, all for having made this change in how they eat. At one point, one of the doctors is asked regarding the fruit and veggie diet, “Isn’t this extreme?” His answer was perfect. “With the Western diet, there are going to half a million people in this country this year who are going to have the front half of their body divided and their heart exposed [for a bypass operation]. Some would say that’s extreme.”

Already, you probably have point of view on this matter. Judging by the comments that accompany the trailer for this documentary, your reaction falls somewhere between, “Hello! We’ve known this for some time,” to “This is a bunch of unscientific hooey.” But relax, the point of this article is not to convince you one way or another. It is rather to explore what this example tells us about taking ownership, the Integral implications of our tendency not to, and how Zen confronts our avoidance. And if, by chance, you did make a resolution to eat better this year, maybe you’ll take heart in recognizing what you’re up against, and how worthy is the battle!

Forks over Knives itself asks the question why it is that we persist in eating the wrong stuff, even after we know it’s hurting us. They name three circuits — wired into us through and through — that have been thoroughly studied and leveraged by the food industry: we tend to choose short term pleasure over long term gain, move toward comfort and away from pain, and use the least amount of energy we can get away with. Eat a particularly tasty, comforting food that packs in the calories with the fewest number of bites — like french fries — and we score on all 3! We seal the deal with denial — putting things out of mind that might challenge our pleasure, comfort, or laziness, and our world becomes a nice, comfy place. On the one hand, we mostly don’t notice we’re making ourselves sick. On the other hand, when the evidence of our sickness is made clear, we want to be “done to” with a drug or a treatment. What both ends have in common is avoiding ownership of the problem.

The problem with avoidance is that the problem doesn’t go away. Indeed, these wired-in tendencies to make easy choices have consequences — and not only for us personally, but for the entire “we, it, they,” Integral universe. We see dire consequences of this diet example in our rising health care costs: we’ve enabled more health problems, have developed more expensive ways to treat them, and the whole cycle keeps escalating. But these tendencies don’t stop at food choices. They also infiltrate how we live our lives and lead others. Favoring the short term over the long term as a business leader, I might make this quarter’s numbers but fail to invest in critical infrastructure. Avoiding pain as a supervisor, I might sugarcoat a difficult conversation with a direct report. Doing things with the least amount of effort, I may cut corners on quality, or take an easy way out when something more is called for. On the one hand, I mostly won’t notice that I’m playing to my comfort zone in my decisions. On the other hand, when evidence of problems is made clear, I’ll have a tendency to find reasons “out there” and others to blame. What both ends have in common is avoiding ownership.

Or consider our collective dysfunction around climate change. So long as the monstrous problems seem far off compared with our immediate problems (thinking short term, not long term), we’d rather keep doing what we’ve been doing (seeking comfort, avoiding pain) and not have to do a lot of hard things (which take energy). Al Gore picked up on the bi-polarity of public response to climate change in his documentary, An Inconvenient Truth. He noted that people would go from one extreme of denying there’s a problem to the other extreme of saying there’s nothing we can do about it, without ever stopping in the middle. Why? Because what both ends have in common is avoiding ownership.

And yet taking ownership is the beginning of leadership. We can’t lead from a place of denial that there’s a problem or victimhood that there’s nothing we can do about it. Rather leadership is centering ourselves in that middle ground of acceptance, and adding our energy to create value. In doing so, we’re working against these tendencies to be short-term, lazy pleasure seekers. What bowled me over in Forks Over Knives was recognizing that these tendencies are SO STRONG, even if we’re destroying OURSELF, never mind our company or the planet, it’s easier to keep doing it than it is to change. As Ken Wilber has observed, part of our individual agency is that we are able to destroy ourselves. Even if we are proactive in many aspects of our life, we have other circuits operating to wind us down toward lazy habits, even addictions. What’s miraculous about life — especially when we take ownership — is our counter capacity to develop and wind things up.

So it’s not surprising that wisdom traditions and spiritual practices tackle these wind-down tendencies to do what’s comfortable. From fasting, to being charitable, to meditating in stillness, there are many ways to confront and confound the forces of entropy. “Do something that makes you uncomfortable,” Tanouye Roshi used to say. And in my experience, Zen topped the list. Not fluffy Zen philosophy — as in “be in the moment,” but actual Zen training where the body trains to the extremes of its endurance, what we call “shugyo“. As one of my leader friends — a great athlete who once swam the English Channel — observed after sitting through his first sesshin (intensive Zen training): “This was an assault on my body and mind unlike any other.” What he experienced was how Zen training — by design — confronts avoidance. It’s not comfortable short term. We can’t get away from the pain. And it takes every ounce of energy we’ve got. Initially we put up a helluva fight. But if we’re lucky and committed, the training lasts longer than our fight. And in the ceasefire, we come to a healthy peace with these entropic tendencies. We have learned to transmute short term pain into a long term change in our being, where we still prefer comfort, but are not slaves to it. We can now act or not act with greater freedom, which we can apply to everything from how we make our next business decision to what food we put in our mouth. We’ve learned to transmute laziness into a stripping away of all the extra — where tension and flourish fall away — and our most elegant, chiseled design emerges. This is not the point of Zen training per se, so much as the condition in which awakening can take root. It’s also a mighty useful consequence.

I don’t say Zen is the only way to confront these tendencies. If you know of a way that speaks to you more, do that. If you are already confounding your comfort zone, take heart and keep going. Even if you are called to train in Zen, sesshin isn’t the place to start. Start with building a sitting practice; look into the offerings from Chosei Zen’s Virtual Dojo. Or you might come to a Zen leadership program, which builds capacity in both Zen training and leadership. To those who might say, “Sitting on a cushion is pretty extreme,” I might paraphrase the good doctor’s response: If you ask me, cutting your chest open is extreme. Raising the temperature of the earth 2 degrees is extreme. And avoiding ownership of the only life you can own is extreme in the extreme.