forget democrats and republicans – what kind of convention are you hosting?

For those of you living outside the US or under a rock, you may have missed it: the most bloody, angry, and divisive presidential primary season, certainly in my lifetime, converging now into a hot summer of conventions. But I’ve recently been reading of a different sort of convention – one that can also be bloody, angry and divisive, or healing, creative and inclusive. And what convention is that? The one you’re hosting inside yourself right now.

We don’t normally think of ourselves this way. Our traditional view, well-described by Guy Claxton in Intelligence in the Flesh, is of a “Little I” in charge: the directive CEO of our life that takes in the world as it is, rationally deliberates on it, and determines the best thing to do next. Claxton goes on to show how that view fails to pass the test of science at every turn. For example, we don’t see the world “as it is,” we see it deeply conditioned by how we are. We don’t just see “chair,” we see something “for sitting” and the sensing and movements associated with “chair” are woven together in our nervous system. Intelligence is bred into every cell, every organ, every complex, interconnected system of the body. It doesn’t just arrive with a brain sitting on top of it all. Indeed, the only reason we have a brain (from an evolutionary perspective) is because we move (you’ll notice plants don’t have brains). And when we face complex or novel situations, the intelligence of our various systems need a meeting place to figure out the answer to what can be a surprisingly complex question: what’s the best thing to do next? As Claxton writes:

“…far from Needs (motivation), Deeds (action) and See’ds (perception) being three separate compartments in need of being tied together by “the mind”, they are in fact knitted together in the structure and functioning of the body-mind itself…The brain is the central information exchange of the body where these three swarms of factors can come together and, through communication, agree on a plan. The brain does not issue commands; it hosts conventions.”

So, how can we host great conventions, rich in practical wisdom so we move in the right way at the right time? Let me share two ways that I have found especially useful. The first comes from sitting on a cushion and deeply engaging the hara (lower abdomen) with every breath in meditation (if this way of breathing is unknown to you, you can download this breathing exercise for a taste of it). I did this in sesshin (intensive Zen training) last week and, for sure, the quality of the convention I was hosting changed each day. It became wild at some points, with raging emotions. It became grounded at other points, with clear lines of gravity emanating from the center of the earth through the top of my head. But whatever was going on, I felt the hara – even more than the head – as an expansive chamber holding the whole convention. This is perhaps more metaphysical than physical, though the link between hara and spontaneous, powerful movement is well established in the martial arts. When people are “up in their heads,” by contrast, their actions come off as calculating, doubtful, and just a shade too late. Now, I wouldn’t recommend anyone start their Zen training with sesshin, but if you’re curious about this effect, a much better starting point would be a Zen Leader program. You’ll find below details on a free webinar where you can learn more.

A second way to improve our inner convention that we can apply every day comes from attending to the “voices” we hear and including perspectives we don’t normally hear from among the four energy patterns. The four energy patterns are ways we can “play” our nervous system, ranging from the intensely focused and determined Driver, to the disciplined form of the Organizer, the rhythmic, people-oriented Collaborator, and the expansive, open Visionary. If we listen to the inner chatter of our convention, we can probably detect a dominant voice expressing one these patterns. On matters that call for some deliberation, it’s worth inviting all four “voices” to the table: How would I attacks this with Driver energy? Where could my Collaborator energy be helpful? What does Visionary have to say? And how would my inner Organizer parse this into next steps? The inner convention is richer when all of our energies are admitted.

Which is something we probably won’t see in the political conventions we watch this summer. We’re more likely to see voices excluded, inauthentic posturing, and disrespectful dismissal of dissenting opinions. So it goes for a couple of weeks. But your convention, on the other hand, goes on and on, whether you’re aware of it or not. Why not make it a well-centered blast?

A deep bow to our design partners, Rumblespring and Emily Ferguson for bringing febiassessment.com and focusleadership.com into the modern world. And to Raydiance Dangerfield for bringing FEBI certification into the world of e-Learning. If you’re curious how the eLearning works, here’s a 2-min video overview. Never has it been easier to bring FEBI and FEBI-based programs into your coaching and organizations. 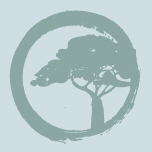 Leadership is authentic self-expression that makes a difference and serves others. So what is Zen leadership? We’ve been asked this question so many times, we’re devoting a free webinar to answering it, along with exploring the first “flip” of The Zen Leader where truly all leadership begins. Register now to join us on July 14, 2:00-3:00 pm US ET. And if you’re the sort of badass sage who has to dive in further, register for one of our fall programs and take advantage of our early registration discount through July.