women of the land 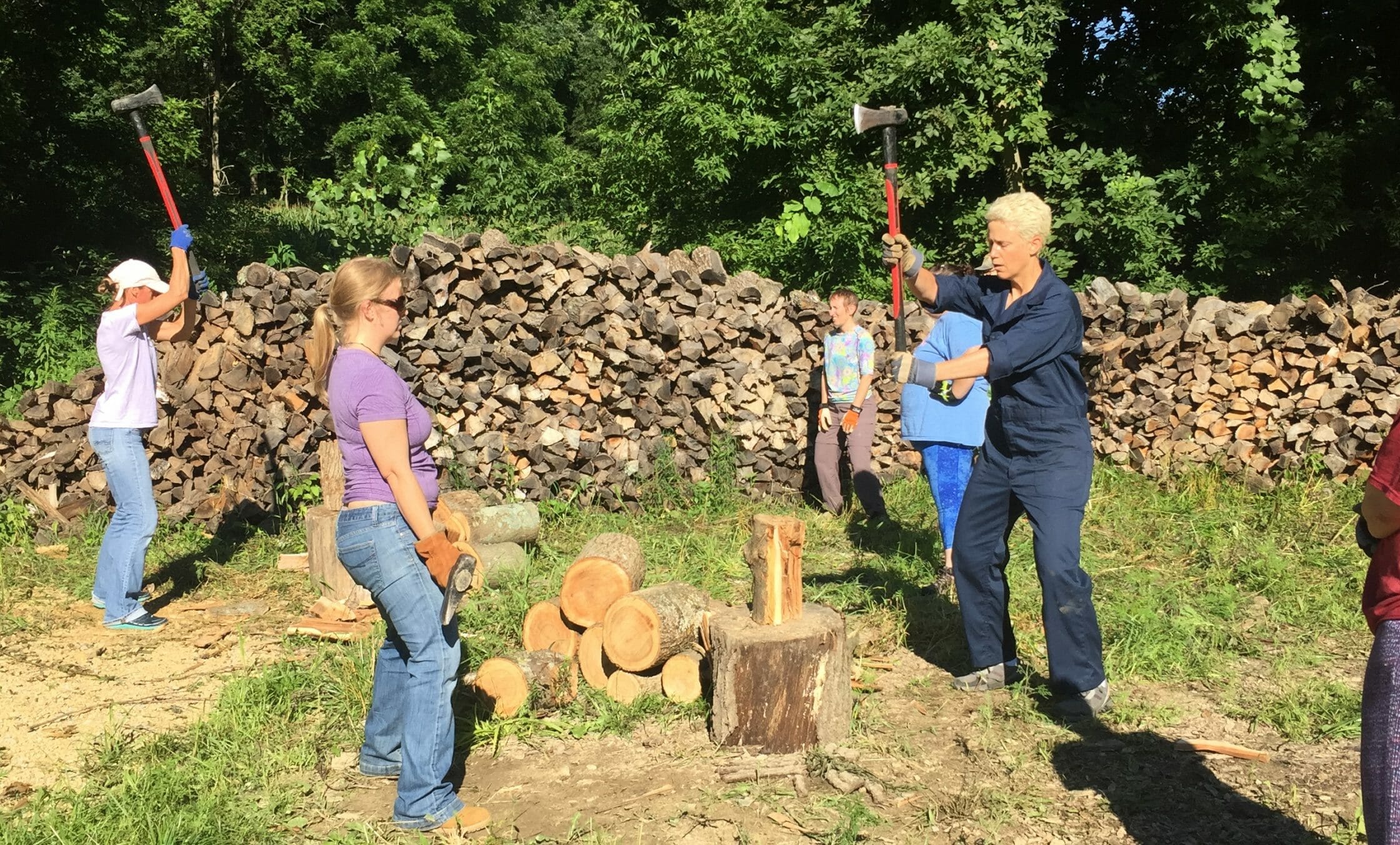 I met the first group when I was a Chozen-ji live-in. For three days, the dojo was given over to Rachel Kamakana, a kumu hula (teacher of hula), and members of her halau (school), the Hula Halau o Molokai. Maybe twenty women, mostly young, from the rural Hawaiian island of Molokai, primarily there to train in hula but with elements of Zen training as part of their daily schedule.

My assignment during their visit was to videotape their training activities, both in the Dojo and also up on the mountainside behind the Dojo. At first there was a hint of resistance from the group – who is this haole boy with a camera? – but Tanouye Roshi had put his stamp on me and so I got adopted into the tribe. During my time as a live-in, there were of course several women who came to evening classes or came to sesshin, but for the most part it was a male environment for me. Until this long weekend. And I was caught up in the rhythm of their days, and the spirit of their training in hula.

I wasn’t aware of how strong that spirit was until the last morning when each of us did the traditional closing calligraphy – three large characters on rice paper. I hardly recognized my own scroll when it was hung up at the end. More strength than I had ever seen in myself. And then the weekend was over and I returned to the confused and exhausted life of a live-in.

So now fast forward to the last weekend of July 2016. Now it was the Spring Green Dojo that was overtaken by a group of fifteen women. But, before I describe this weekend, I have to address something of our barbarian ways in Spring Green. In Hawaii, that training of thirty years ago was a meeting of the ancient culture of Hawaii with the ancient culture of Zen, each of them with more than a thousand years of history behind them. So the training was deep and subtle, both of them tapping into old, old soil and water, air and rock. Chants spoken, chants unspoken.

In bringing Zen training to Wisconsin these past ten years, we may think we could simply bring the deep culture of Zen out into the woods. But these are woods and meadows that were only settled 160 years ago, not thousands of years ago. Before that we may have served as hunting grounds for Native Americans but that culture, ancient as it is, scarcely has left a mark. This means we have to adapt our Zen to a less refined environment and this we have done. You may have heard this from me before, but more and more I find that my most effective way to teach the breath and posture that anchors our style of meditation is to first teach you how to split wood. How to bring a splitting maul up over your head and then how to amplify the gravity that brings that six pounds of steel smack into a hickory log, soon to be firewood.

As for our recent three days of training, it was sparked earlier in the year by a few women new to our woods. They liked the spirit with which we train and asked if they could round up a crowd of women in order to share their excitement. Round-up they did. And our senior women Zen students stepped and organized the full schedule of training. Watching from a distance, I was seeing some big energy becoming uncorked, doing things their way.

Their way included applause when a woman landed a solid hit on a log. Or an apology – “Sorry!” when an off-center strike sent the unsplit log to the ground. Things not seen or heard before in the history of this Dojo. But how incredibly effective in driving their strength lower in their bodies. How effective in linking the long exhale of zazen to the long shout of “Yah – Eh,” used when splitting. How visceral in helping them understand what I mean when I say that Zen meditation is manual labor.

And now I can help any of you understand what I mean as well. I’ve just posted a one-hour set of video lectures for a course called The Manual Labor of Zen Meditation on the Udemy course website. To see any or all of the lectures at no cost:

And there was kado, zazen, bodywork, and meals served in jihatsu (traditional set 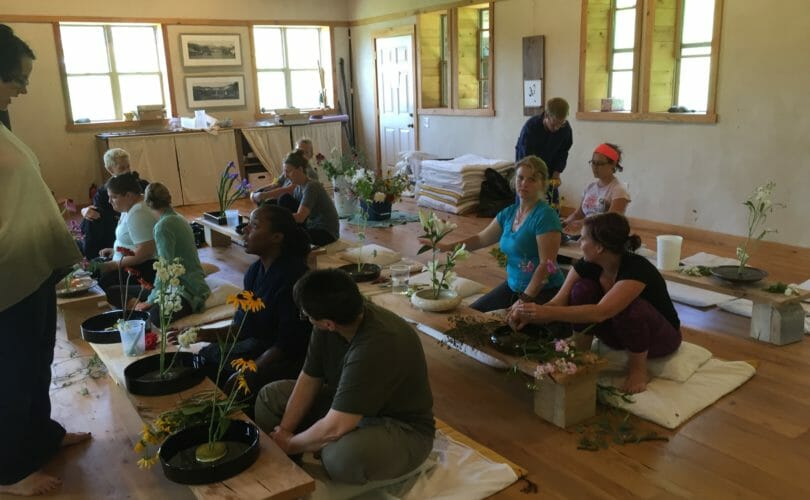 of eating bowls). Overall the feeling was strong energy, uninhibited by any sense of how things are supposed to be done. Now that is the kind of energy a teacher is happy to begin shaping.