the energy of agile leadership: from antenna to arrow 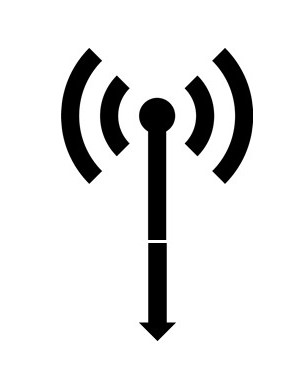 Leadership runs on energy. As that energy runs through the human nervous system, four patterns emerge that show up in four ways of moving, four factors of personality and four modes of leadership. That’s a quick summary of 80 years of research, including more than 15 years of our own, to develop a validated measure of these patterns through an instrument called FEBI. For years, we’ve worked with leaders on how to use these FEBI patterns to know their natural preferences, and also develop their natural agility, to play to their strengths, but not get stuck in them.

Those of you who know me well, know that I have taught, coached, and written about these energy patterns for years. And you might think, as I once did, that I had pretty much exhausted all there was to learn about them. Not so. To my surprise and delight, these patterns continue to unfold their insights in me, as they did again recently.

I was in program called BodyZen that we offer at the Institute for Zen Leadership. Led by Alex Greene, BodyZen pulls all kinds of somatic levers – Zazen, bodywork, TRE, yoga, Tai Chi – to get us working with ourselves more deeply and freeing up places where we’re stuck, that we can function more freely as a “ball on fast moving waters.” That phrase, by the way, is not only an apt description of the conditions facing leaders today, but was also the poignant response of the great master, Joshu, to the question, What is Zen? We are certainly more complex than balls, yet when we can combine that kind of agility with our gifts and goals, we are able to co-create in tune with the bigger picture. We resolve the seeming separation between ourselves and the world – the work of Zen.

So it was in this Zen-supercharged-somatic environment that I could feel the patterns even more deeply than I normally do. I could feel my body literally expand and contract as it moved through them. I could feel the point of contraction into the Organizer’s form and the Driver’s intensity to get things done. But I could also feel the expansion into the Collaborator’s rhythm to connect with others and the Visionary’s bigness to sense what’s worth doing in the first place. While these words can only point to the experience, perhaps they can help you replicate it in your own body. I can also point you toward www.febiassessment.com to learn more about these patterns and an eLearning way to make them your own.

To start with the Visionary’s boundlessness, imagine seeing through your ears, using only peripheral vision to sense left, right, up down, at the most far-reaching boundaries of what you can see. Likewise imagine opening your ears to hear the sounds beyond those you normally notice – the hum of a computer, a distant airplane, the vibration of steps overhead. Breathe in this bigness for a few breaths, feeling your entire body as a far-reaching antenna that could detect the most subtle of signals. And imagine a signal reaching this massive web of consciousness your senses have laid out – a signal that resonates within you to suggest action.

Then, start rocking your body ever-so slightly, left-and-right, to-and-fro, and feel into the Collaborator’s rhythm for how to realize this action. How does it fit with the needs of others, and those you might call upon to join you? Is the timing right? These questions aren’t asked intellectually as something to figure out in your head, but are felt viscerally, the way a martial artist feels it’s time to punch, a person shaking hands feels it’s time to go up or down, or a speaker feels it’s time to pause.

If the timing is right, you bring shape to action with the Organizer’s sense of form and stepwise process. Holding your torso still, imagine your open palms holding the ends of a shoebox right in front of you. March that imaginary shoebox in discrete steps from left to right – the very gesture often made by people as they out their plans, being clear what has to happen first, second, and third. Feel into this mindset that is capable of parsing what was once an abstract signal into a series of concrete movements of the body.

And finally, bring the contraction of the body-mind to an arrow-tip point of intensity and feel into the Driver’s determination. Extend your arms out in front of you at eye level and press your hands together, extending your index fingers, while interlacing the rest. With this kind of power, your actions can have penetrating impact. Yet, as you may also be able to sense, if you stay in this energy too long, you become too tight, tense, and narrow-focused.

As every martial artist learns, even in throwing a punch, the Driver’s intensity works best only in bursts, interspaced by big relaxation into the Collaborator’s rhythm and the Visionary’s antenna. You see this most clearly in arts like Aikido and Tai Chi, but it is a principle of movement in all arts and sports. Indeed, perhaps the greatest gift of training in such arts is that they train the body-mind to make these sudden, spontaneous shifts between big and little, expansion and contraction, antenna and arrow at the snap of a finger. In this way, we become like an energy bellows, expanding wide to take it all in and then compressing to push through the efforts we would bring into this world.

I hope this image becomes as real and useful to you as it has for me as you move through the fast moving waters of your own life and leadership. For the antenna without the arrow is missed opportunity and the arrow without the antenna is a misguided missile.

Now, as I send this little blog-arrow into the world, I sit back and take it all in.