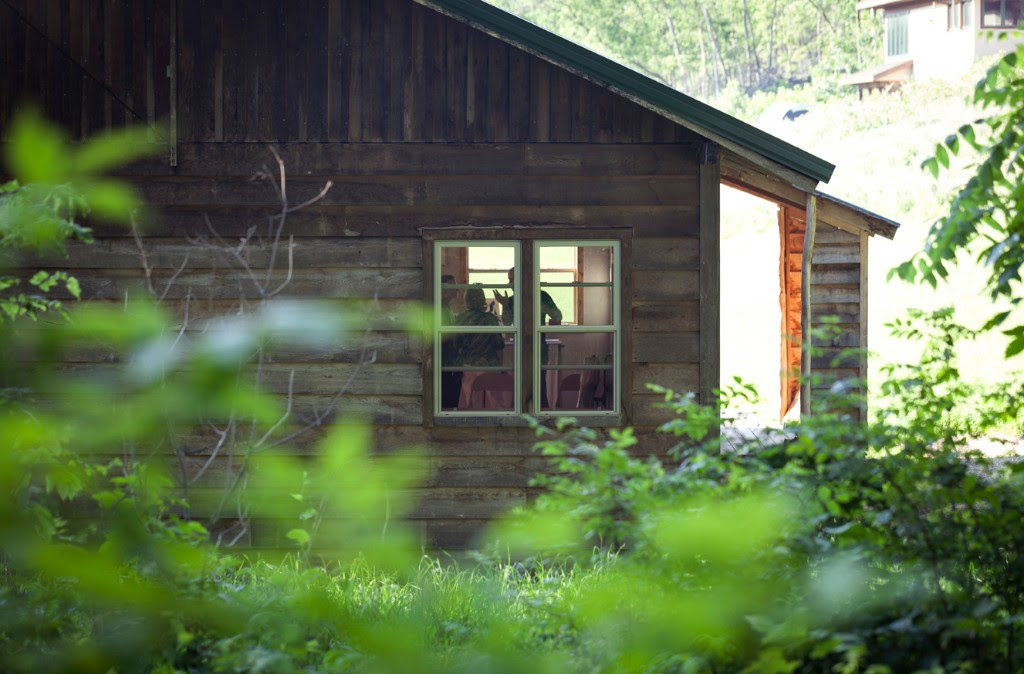 If a colleague or client had asked me 3 weeks ago how I was I’d have said “I’m good!”. That would have been a lie. If someone close to me had asked me if I was coping with everything that was happening in my life, I would have said “Yes.” A more accurate answer would’ve been “barely”.

The truth is I was struggling but determined to cope, as if coping was the goal. But 3 weeks ago, I was shown that coping is a place no one wants to be. It’s a place of mental and physical exhaustion, of trying to tolerate a situation you can’t stand, of constant worries about the future, of swirling negative thoughts and of disharmony in your most important relationships. My stores of resilience were running dry and I desperately needed ‘something’ to help me out of spiralling frustration.

That ‘something’ was actual ‘some people’. Ginny, Andy, Katie and the rest of the truly wonderful people I met at a Zen Leader weekend 3 weeks ago. I’ve known Andy for a number of years and so have had a gradual introduction into some elements of zen but it wasn’t until I joined the immersive weekend retreat in Somerset that I had a major breakthrough.

I’d never been to anything like this retreat before and the week leading up to it my anxiety levels were high. I wasn’t sure what to expect, didn’t know if all of this ‘zen stuff’ would go over my head and had no idea what anyone else would be like. I was also joining Zen Leader 2 (ZL2) and worried that I’d find it difficult to keep up with the rest of the group who’d largely been on ZL1 together earlier that year.

The first evening, to be honest, is now a bit of a blur but during the first yurt-based classroom session after dinner I was still feeling nervous. As I listened to the discussion taking place, I was also worried that some of what would take place over the following 3 days was going to be bit more ‘alternative’ that I was comfortable with. But, I was there and so would just keep an open and mind and go with the flow.

3 days of meditation, chanting, tai chi, yoga, group work and classroom discussion later, plus much, much laughter and delicious food, I was genuinely euphoric. I’d arrived knackered and mildly depressed and I was going to leave a bundle of excited energy, full of joy and with a new group of lovely, supportive and inspirational friends.

So, what had taken place? It’s honestly difficult to put into words but I’d tackled some deep-rooted fears stemming from events that’d happened 25 years ago and somehow cut the negative emotional ties to them that had always lurked inside me. I’d also made a huge leap forward in soothing my intensely itchy need to know what the future held and joy was starting to take its place.

As we were preparing to leave, I was concerned that my new-found, energetic state of peace and happiness would dissipate as I left the zen bubble we’d been living in. ZL2 had unstuck me from the past and I wanted to remain unstuck. Ginny Whitelaw, Zen Master and creator of the Zen Leader programme, had asked me how much joy I would allow into my life and I was determined that my living answer would be ‘as much as possible’. So, what has happened in the last 3 weeks of being back in the normal world?

Ginny talks about moving from coping to transforming, from a place of struggle to a place where we can proactively make positive change and how much joy and energy we can then find. This transition requires daily focus. Zen Leader teaches you to move out of your head and into your body, meaning you can’t think your way into a more peaceful state. You need to mediate and open up the body in any way you can by moving and exercise.  So, everyday since the programme I’ve meditated for 30 minutes first thing in the morning and practised chanting – both of which I love and help me to feel lighter. I’d like to say that I’ve been doing more exercise, but that just hasn’t happened yet. What I have been doing is using the tools we learnt to reflect on potentially negative situations that have arisen since, viewing them instead as opportunities to understand more about myself, how I react and how those reactions affect the people around me.

The euphoria has definitely died down, but on a daily basis I feel calm, relaxed and less worried about the future. I have more energy and have made progress on personal projects that I’d procrastinated on doing for years. Random feelings of joy for no particular reason are also starting to seep in, even first thing on a grey Monday morning! I never expected to see such dramatic personal development from one four-day course. There’s still a lot of work to come and many other challenges I need to face, but I’m enjoying life day-by-day.

There’s something about zen that has connected with me in quite a deep way and I want to learn more. I don’t know where this will take me or even whether I’m genuinely comfortable exploring something that feels so different to my life up to now, but I’m happy and relaxed for the first time in many years and I want that to continue.

I really can’t express enough gratitude for the support of Ginny, Andy, Katie and the entire ZL2 group. It was a privilege to spend that time with you all and I can’t wait for ZL3!