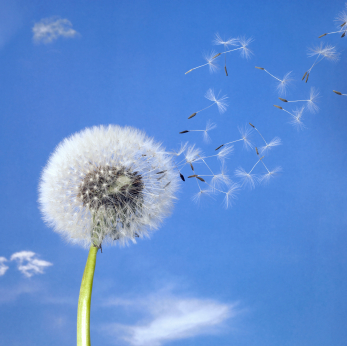 At least in the traditional sense of being able to control outcomes, nail down all the variables, or compel others to do our bidding. This theme has stood out to me in everything I’ve been reading, writing, and doing – or trying to do 🙂 – this year. Here are just a few examples from my summer reading: Liz Wiseman reminds us that leaders who over-control become diminishers rather than Mulitpliers of the talent around them. They also become dangerous decision makers, not drawing on others’ perspectives, and their certainty can be completely misguided (feel free to forward this newsletter to Putin).  In Reinventing Organizations, Frederic Laloux traces how the strong control hierarchies of traditional organizations have necessarily given way to more distributed control and decision making that is more responsive to changing conditions on the ground, whether we’re talking a special forces team or a customer service rep.  He gives us a blueprint for a new kind of evolutionary organization emerging now where central control is replaced by self-managed teams guided by a unifying purpose. Eric Ries argues in The Lean Startup that businesses today need this kind of agility, which is more like steering a car moment-by-moment, than shooting off a rocket preprogrammed by a 3-year plan.

This loss of control is not lost on leaders themselves. My friend, Rudy Lohmeyer, runs the Global Business Policy Council for A. T. Kearney, which hosts an annual CEO Retreat. Lohmeyer, writing about the 2014 retreat, summarized the perspectives from senior leaders in industry and government alike as recognizing we’re facing “intense evolutionary pressure…disrupting and in many cases making irrelevant existing operating models, organizational structures and decision-making processes.” The brittleness of existing institutions is colliding with the proliferation of new, technology-enabled instruments of power and influence. The choice for leaders, they concluded, is stark:either transform to be radically more agile or face an endless string of crises. Control simply doesn’t work like it used to.

But we love control. At least the Driver and Organizer aspects of our personality love control. The Driver loves it in order to win. The Organizer loves it so it can do the right thing the right way. Both love it because it represents safety, security, the terra firme under our feet. And both need that security because they feel apart from what is going on – not a part of. Fortunately, the two other patterns of our personality – Collaborator and Visionary – offer an alternative for when control is fruitless, and that is: connected agility. The Collaborator in us can sense and work with the rhythm of what is going on and play with it, rather than stand apart trying to analyze it. Our Visionary side can sense the whole picture, relax, and go with the flow. Connected agility is not just being flexible, but being able to sense, accept and work with people and conditions as they are, and still add whatever value we can. Operating with connected agility, we may still be called by purpose, and may pull others through influence, but we’re not pushing others with our own separate agenda.

Perhaps you’ve never thought a about your personality as being something you can use with agility, to control or connect as appropriate. Traditional thinking and personality assessments have typed us into being a this or a that, rather than having a full suite of possibilities available to us. But such thinking is as brittle as traditional institutions. “From beginning to end, life is a flow of energy,” Tanouye Roshi used to say. And in the human body and mind, that energy is organized into patterns we can leverage, reclaim, and play with – even though we have preferences, which we can measure with the FEBI.

If you, like me, live in the Organizer or Driver patterns a fair amount, there are probably many things you like to control. And at times, you may find yourself stuck trying to control something that refuses to be controlled. You’ll notice there’s always a tension associated with control somewhere in the body, and an intentional shift into Collaborator and/or Visionary can free up a much better way of handling what’s in front of us.

As a simple example, I was on a turbulent flight awhile ago, tensing with every jolt and drop of the airplane, until I realized I was basically trying to control the plane from seat 12A. Shifting into Collaborator, I could start to ride the bumps as simply the rhythm of the atmosphere. Opening my palms, vision, hearing and extending energy through my body I could enter the Visionary pattern where a lot of pointless tension fell away.  You might think of areas where you get tense, trying to control, and apply this downloadable exercise to shift into connected agility. You’ll find that simply becoming aware of and working with patterns will make you more agile, and that even as you use Driver or Organizer, you’ll be able to remain more relaxed and connected.

You might also find that you’d like to bring this connected agility to your workplace or into your work. Let us know if you’d like us to bring such a program to your organization, or certify you in FEBI to bring it to others. Control “out there” doesn’t work like it used to. But control “in here” works just fine when we work and play with the body-mind as one and connect with our own agility.

Driver? Visionary? Collaborator? Organizer? These are the 4 patterns of the Focus Energy Balance Indicator, the FEBI. This is one of IZL’s prime tools for helping us understand ourselves.