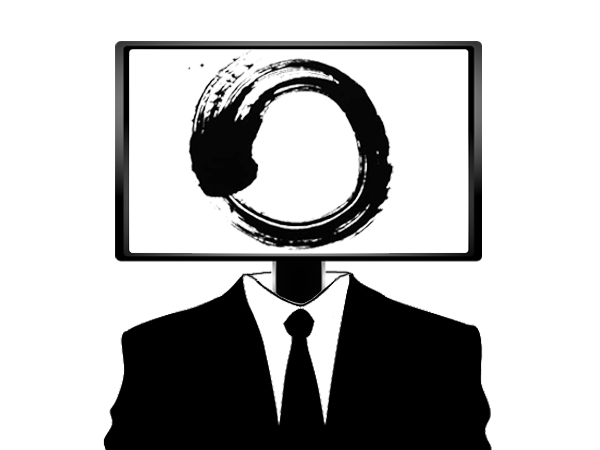 As I watch the news and feel into the terror of ISIS or the exponential advance of artificial intelligence, I’m struck by the contrast with what I read in this Integral world, like the Daily Evolver or the recent Heart of Christ Consciousness conference. I feel like we’re in a sort of footrace of consciousness: what will happen first? Will forces of destruction drive us backwards faster than consciousness can evolve us forward? Will enough humans reach the Integral (Tier II) stages of consciousness to create global solutions, or will a species of machines represent the future of consciousness? The vector of development would say, despite painful fits and starts, we will ultimately win the first footrace. But what about the second?

Recently, Steve Wozniak added his voice to that of some of the smartest technophiles of our times – Elon Musk, Bill Gates – in warning of the advances of artificial intelligence. Techno-futurists like Ray Kurzweil (The Singularity is Near) and James Canton (The Extreme Future) predict by the middle of this century, machine intelligence will exceed that of human beings by any measure and, by 2100, we’ll see a species of self-reproducing nanobots. And what of consciousness? As the AQAL model reminds us, consciousness is a subjective quality and, as Kurzweil says, there is “no objective test that can conclusively determine” the presence of consciousness. But he expects that, beyond the singularity, nonbiological intelligences will claim to have consciousness just as we do, and they’ll have a point.

What will this mean for our society, when any job can be replaced by a machine, including the job of the leaders who make these choices? Will we be as rational and bottom-line oriented as leaders were throughout the 20th century, displacing textile workers, factory workers, bank tellers, travel agents and so on, as quickly as you could say, “that job can now be done by a machine”? Or will we bring more Tier II consciousness to the question and consider the impact on our communities if no one short of technical brainiacs can find work?

What will this mean for our longevity and capacity, when any failing body part can be replaced by nanotechnology, or any working body part can be augmented to bionic extremes? Will we be as individualistic and self-serving as we have been historically in the United States, and sell access to the highest bidders, creating an even more impossible divide between the haves and have-nots? Or will we bring more Tier II consciousness to the question and heal the ailments of a broader society?

You can see why this footrace with technology is important and why, indeed, the two footraces are connected. For if we fail to evolve human consciousness quickly enough to handle these technological questions from a truly Integral perspective, we will create an unstable planet of so many hungry and hopeless people, that ISIS-like revolution will represent their best option. We need leaders who are bigger than the problems we’re creating, and who can make more enlightened choices. And we need them quickly.

So it comes as some relief that some branches of technology are emerging to accelerate the awakening of human consciousness, rather than overtake it. For example, there’s a meditation app that its users praise as “life changing”, that lets one select from a wheel of situations – traveling, insomnia, feeling stressed – and listen to an appropriate 5-15 minute guided meditation. Similarly, Robb Smith’s vision with Chrysallis is to bring accelerating pathways of development to a mobile device and tailor the learning to one’s state. Another view into technologies for engineering enlightenment comes from Mikey Siegel.  He shows how people are wiring up brains to image the effects of meditation, and how sound and visual imagery can be used to draw one toward a higher state of consciousness. He quotes the Dalai Lama as saying if an electrode could be implanted into the brain to induce awakening and it did not adversely affect other thought processes, he would be the first to try it.

But why just the brain? It is often said that the brain is the most complex creation in the known universe. But surely, the integrated brain-and-body is even vastly more complex and interesting, encompassing not only 10 billion nerve cells in the head, but also hundreds of millions of neurons throughout the body, especially in the gut, not to mention a pretty clever immune system, a self-repairing musculoskeletal system, a supportive microbiome, all interconnected with systems for feedback, feedforward and feeding, period. So why do we keep living in our heads? We seem to be stuck to a rational-stage image of the human being as “I think therefore I am”.  We seem to regard higher states of consciousness or enlightenment as purely brain intelligence or thoughts the self has. That’s not to say we won’t learn a great deal by researching the brain. But if you’re interested in more Integral states of consciousness or indeed, enlightenment, in Chozen-ji Zen we would say: get out of your head and into your hara.

Hara is a Japanese term referring to the lower abdomen, or “guts” to put it colloquially. And similar to the way we speak of guts, hara is not purely a physical term, but also connects to courage, gravitas, moral maturity, and spiritual or energetic power. Karl Graf Dűrckheim, one of the first Westerners to write about this, called it Hara: The Vital Centre of Man. From an energy and personality perspective, the hara is the coordinating center of two of the four energy patterns. The pushy, intense Driver is centered at the base of the hara. Youcan locate this center by pushing your hands together, which you’ll first feel in your arms, but if you keep pressing and pay attention, you’ll notice something is activated at the base of your abdomen. The rhythmic, enthusiastic Collaborator is centered just below the navel, which you can locate by swinging your hips side-to-side and noticing the pivot point around which your hips are moving (More ways of entering these energies are available here). Together, the Driver and Collaborator are the two extroverted patterns that have us pushing into the world, and also pulling others along to play with us.

Unsurprisingly, the hara is the power center in the martial arts.  It’s also the source and sink of the deepest, slowest, most stabilizing way to breathe – the sort of breathing one needs to see through delusion. For both of these reasons, it’s the physical foundation of Chozen-ji training. To get a feel for hara breathing, you can download one of my favorite exercises.  Truth be told, it takes a while to get the hang of hara breathing. Indeed, it always takes time to rework neuromuscular connections and get a new set of muscles doing the job an old set had been doing – especially when that job can be done unconsciously.  Which brings us back to technology: the ability to learn hara breathing and put it to good use could be vastly accelerated by the technologies of our time – if we could tear our attention away from the head.

Toward this end, my colleague Ken Kushner Roshi is leading an effort to develop a harameter™, which would measure the quality of hara breathing and teach anyone how to do it. We have an old-tech way of doing that now using a modified blood pressure cuff wrapped around the hara, but with the right technology partner, the harameter could become an app that its users also write about as life changing.  I can picture it now: Going into a tough meeting? Here’s a two-minute exercise to set your hara and enter with gravitas. Feeling scattered? Here’s a 5-min centering practice that will stabilize the condition out of which your thoughts arise. Sitting at your desk? Here’s a way to monitor your hara breathing and strengthen yourself every day. If you want to learn more about hara, keep up with harameter project, or you’re a technology whiz who could take it to a new level, visit haradevelopment.org.

What’s possible with this technology? Ken reminded me of something the ever-prescient Tanouye Roshi said years ago. In addition to being a genius of a Zen master, Tanouye also had a deep understanding of music and resonance. In the early 1980’s, Tanouye told Ken that it would be possible to enable enlightenment by building a device that would vibrate at a certain frequency and placing it on the hara, about an inch below the navel. He went on to say he knew exactly what frequency would be required, but the technology had not yet arrived for it. Well, by now, I would guess it has arrived, and I hope these words reach someone who can prove it. Because this would be a darn good time to put it to use – while we humans still have a chance in the footrace of consciousness.