Leading as a Wave, not a particle 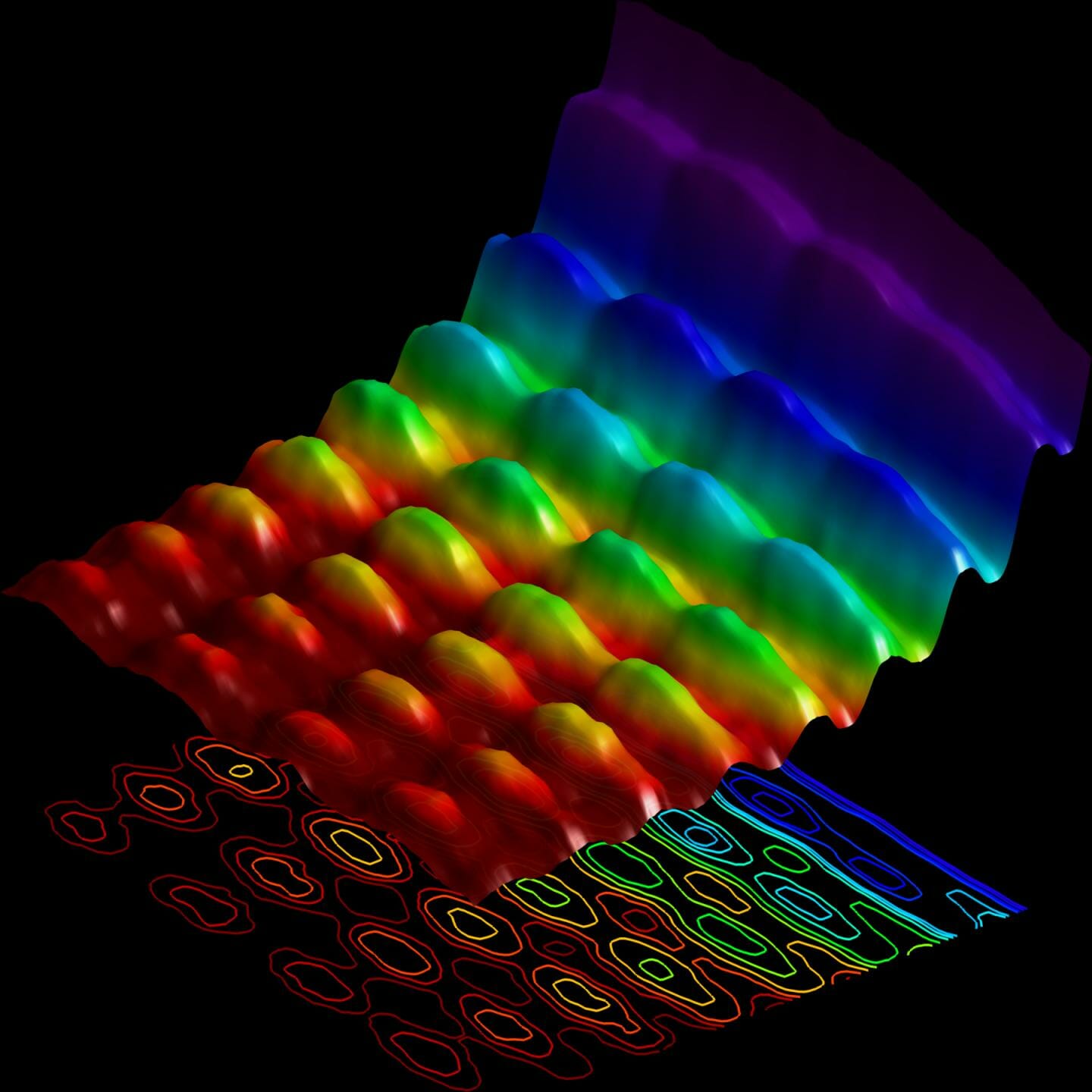 [Light imaged as both a particle and a wave]

leading as a wave, not a particle

Covid ups and downs, rising depression and anxiety, vast polarization, turbulent markets, volatile borders, dysfunctional politics, all unfolding in a literal climate of existential danger: what a time to be a leader. Certainly, if there were ever a time when we should look beyond conventional thinking and business as usual to find better solutions, this is it. And fortunately, we can be guided by the very branch of science that threw conventional thinking out the window. That science is quantum physics, and there’s a practical way for leaders to apply the greater truths it points toward.

Quantum physics began blowing the minds of its genius researchers about 100 years ago when science was stood on its head. Up to that point, the Aristotelian model of science had held up pretty well: that one could make a hypothesis and test it as an objective observer. The world was squarely “out there” to be studied and if we were all super-objective and rigorous in our methods, we could build on one another’s knowledge and learn about that world.

But when we advanced to the point of studying the very small, for example, the quantum effects of one proton or one photon (proton being a part of the nucleus of all matter and photon being the smallest unit of light), objectivity went out the window. What became clear at this infinitesimal scale was that one couldn’t look at something without the very means of looking at it changing its position or energy. As a macroscopic parallel, if you throw something small on something large, say, sand on a moving car, the car will keep going without visible change. But if you throw something of the same size on a moving car, like another car, it will veer off course.

Even stranger truths were to be revealed from the quantum world. Because not only was observation changing the observed, but it was localizing into a particle what also had a wave-like nature. In the famous double slit experiment, exactly one indivisible unit of light was sent through two slits. If one looked for it in slit 1—there it was. But if in another run of the experiment, one looked in slit 2, it was there, too. In fact, no matter how many times one ran the experiment, wherever one looked, there it was. At the same time, a screen behind the double slits also registered an interference pattern that only happens when two waves come together, which meant the one unit of light also went through both slits. Wave-particle duality was born. As recounted in Quantum Revelation, when asked to sum up quantum mechanics in just 5 words, physicist Sean Carroll’s response was, “Don’t look: waves. Look: particles.”

Let that sink in for a few breaths. This is not just a phenomenon of the exceedingly small, but the nature of reality in which we lead, create families and communities, and make our difference. What it shows us is that process of observing is not passive, but a process of resonance or co-vibration that particularizes something by how it registers with us. In physics this is called “collapsing a wave function” where a range of possibilities condenses into a thing upon our pinpointed observation. Here are a few human-sized examples of how this might show up.

What these examples point to is the power of our moment-to-moment interactions. It is exactly from these moments that the world we think is “out there” is actually co-created. Or to quote physicist John Wheeler, “The observations of all participants, past, present and future join together to define what we call ‘reality.’”

We, ourselves are in some state that varies from a wave form of vast possibility to pinpointed focus on a goal. This range can be described in terms of four distinct patterns of personality that run through our body, mind and behaviors. These patterns, which I’ve written about elsewhere, have distinct ways of interacting with everyday phenomena, people and things (simply called “things” in what follows). From the most wavelike to pinpointed they are:

The good news is we have all four patterns. But we also have preferences. Put another way, our years of life experience, inherited traits and so forth, have collapsed our wave function of possibility into a particular personality. But here’s what’s incredible about being human: we can have awareness of the whole game. We can co-create with it moment by moment, and there are ways to access any pattern we want. Indeed, whether we know it or not, we ARE co-creating the whole game moment by moment. Once we embrace that reality, we can start using these four patterns artfully, being a Visionary antenna of the energy in which we collectively swim, resonating with the energies that somehow match us, letting that energy descend through us, giving it Organizer form, weaving it into the Collaborator’s world of rhythm and people, activating our movements, informing our behaviors until, with Driver clarity, we nail it.

But we don’t want to stay condensed for long, because the narrow view of the Driver and the categories of the Organizer defy the freedom of possibilities that we need to meet the challenges we face. That’s not to say they are bad patterns; they’re essential for getting stuff done—bringing a signal to ground, as it were, and turning energy into something that matters. But when we don’t know what to do, or when what we’re doing isn’t working, we don’t want to be stuck in the patterns of doing. We want to hang out in a field of possibility that lets all people, all things, all phenomena be free to change and move and coalesce in new ways.

So, as leaders, if we don’t like how things are shaking out or events are particularizing, how might we create a bigger wave of possibility, not only for ourselves, but with the collection of observers around us? It’s not by getting tight, pinpointed and certain, which only serves to lock others into their tight, pinpointed, certain places as well. Rather, we’d do the opposite: cast a bigger net by accessing Visionary or Collaborator energy. Open our senses, consider larger forces we might work with, get more feedback or buy-in, or draw inspiration from nature. We’d hang out in the bigness of not-knowing, rather than the small certainty of knowing. We’d stay curious.

As we live, lead and lean into the turbulence of these times, we do well to apply the science of these past 100 years and know that our observing, our interactions, are part of what makes things so. If we don’t like the particulars we’re seeing, let us open into a bigger solution. Whenever we feel ourselves as a frustrated particle, let us feel into the wave of possibilities that is also our nature and ever available to refresh us.