Leading As A Land Grab Versus Leading As The Land 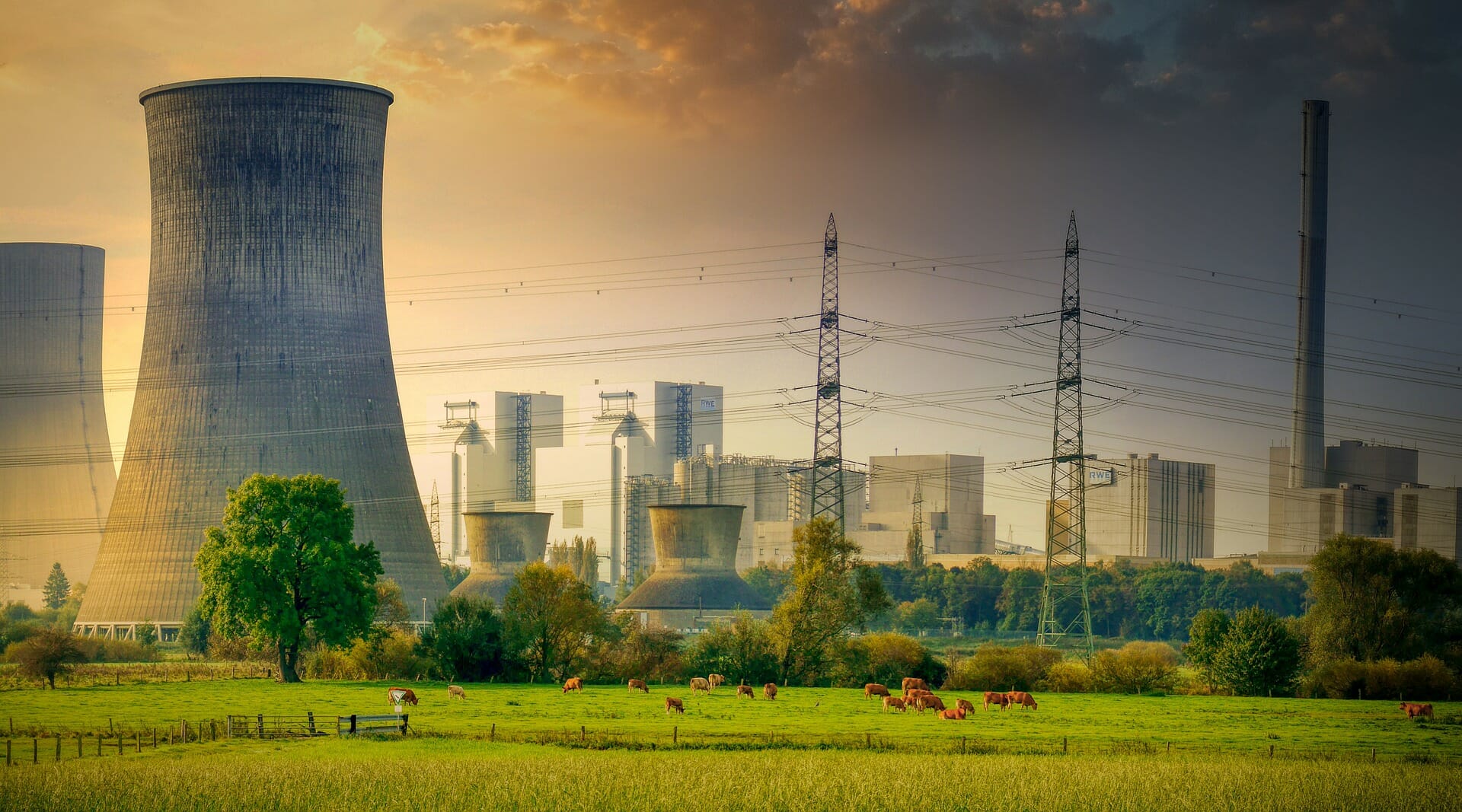 Leading As A Land Grab Versus Leading As The Land

Last week we witnessed two versions of leadership. One you know about: a massive land grab as Russia launched a war on Ukraine to redraw the map of Europe, eating through territory it knows how to hold only through extraction, violence, oppression, and fear. Putin’s macho form of leadership is fully in our face as a kind of masculine energy gone mad. It does not care for people. It does not care for the planet. It never knows what enough is, so has no sense of fairness.

Another form of leadership, quietly spanning the globe, also met last week to explore how leaders could be inspired by nature in co-creating thriving collaborations and regenerative projects. Inspired by the ethics of permaculture, this emerging form of “perma-leadership” manifests care for people, care for the planet and care for the future in knowing what enough is. These leaders immersed themselves in a part of nature they felt connected to. They explored the wisdom of the soil, the cycles of wilderness, the reverence of water, and the opportunity to experience all of this through the one-withness of Zen. Guided in their explorations by Indigenous elders and wisdom traditions thousands of years old, these leaders had a chance to see through their own cultural assumptions about leadership to something deeper and older about being human. They could feel the possibility of a healthier balance of masculine and feminine energy than what informs the dominant culture, which is, indeed, a culture of domination. How might we live and lead differently if we experienced ourselves not as a dissociated ego in charge of the land, but as the land itself? This quiet inquiry is underway, not only with this group of leaders, but as a growing response to the needs of our time. It is this shift, this bigness of leading, not as a land grab, but as the land itself, that can bring rejuvenation to people, regeneration to organizations and promise to a perilous time.

You may not identify with the Putin-esque extreme of land-grab leadership, but looking across not only Western culture, but the global economic system, land-grab leadership is everywhere. Companies assuring their shareholders of high-single-digit growth have to grab the land of market share. What we call consolidation of an industry is none other than a land grab of little companies by big ones. If you’ve ever been a part of a merger or acquisition, you know the land-grab calculation that goes on within the ranks of management: who won more territory? Who lost? Which company has more seats on the Board or at the executive level? For those of you who work in buildings with others, you know the status associated with having a bigger office or a bigger laboratory, and the land-grab mentality when new space opens up. People, too, become part of the land grab, as exemplified by powerful companies vying for the best talent or the most powerful leaders acquiring the most people in a reorganization.

This mentality naturally informs models of leadership that center on power and proving oneself to be capable of amassing and exercising power. Neither right nor wrong, this is a natural stage of human development that is strongly masculine and leaves a lot of things out. For example, it places no value on thriving, happiness, or love. It uses power to compensate for the vulnerability that otherwise arises from the sense of being separate. It justifies its acts by saying the world is like this: dog eat dog. It equates Darwin’s “survival of the fittest” with survival of the biggest and strongest. It is a mindset that uses people and the planet for its own sake, which is inherently short-term, and has brought our planet to the brink of not supporting human life long-term.

There is another interpretation of Darwin’s “survival of the fittest” that points to another way for living and leading: survival of that which best fits its environment. And the best way to sense fit with an environment is to be one-with it, to become it. This is at the heart of Zen leadership, for the Zen-cultivated experience of Samadhi dissolves the illusion of separation, opening one to the experience of interconnectedness. But this experience is not just a possibility for hardy meditators. Profoundly, it is at the heart of a deep wisdom human beings have had and forgotten, and that we are reminded of through the wisdom keepers of Indigenous cultures. Elder Ilarion Merculieff exemplifies this seamless fit of human being and environment in an interview with David Hall on sustainability in his traditional Unangan (Aleut) culture:

…we don’t have such a term {as sustainability}, because we live it, and that has been key and central to people being able to live—like my people have—sustain themselves and thrived, for literally 10,000 years. That’s 6,000 years before the height of the pyramid cultures. And how did we do it? We did it by basically embodying the whole idea of relationship, of reciprocity, of being able to think generations ahead from our decisions today…{for example} When we pick flowers…for dyes, we pick every seventh flower so we’re not picking them all from one place. And of course we do it with a presence of mind, being present at the moment, but being aware of having an underlying sense of reverence for what we’re doing and understanding the implications of what we’re doing with this single plant, turns the entire ecology which the plant comes from…basically, it’s a level of intimate and profound connection whereby the human body is in alignment and in harmony with the environment which we’re in.

This depth of embodied experience supports more than a different mentality, but something deeper, fuller and wiser than mental cognition alone. Rather than being a force over nature, leading as the land emphasizes being a force of nature. It doesn’t run on the battery power of a dissociated individual, but rather on the regenerative power of plugging into the energy that connects us all, resonating with what fits us and expressing it through our actions, relationships and human intelligence.

Leadership as the land treats others as an aspect of one’s own self—leading facing oneness—and creates conditions in which all can thrive. In contrast to land-grab leadership, it treats growth in terms of cycles and what fits each time, growing and retiring products, brands and practices as needed. It honors local and regional diversity, favoring more farm-to-table-type industries, rather than monocultural consolidation. In shaping spaces and ways people work together, it brings permaculture design principles to life such as catching and storing energy or valuing edges as sites of innovation. As for people, it lifts them up, finding the best fit for each talent. This kind of leadership heals trauma and restores wellness to people and communities, not as an altruistic ego, but from the healing power of love when ego gets out of the way.

Leading as the land expresses a harmonious mind and open heart, powered by hara. Hara is a physical-energetic center associated with the lower abdomen that, as any martial artist or athlete knows, is key to our most powerful movements, along with being the womb of creation. It is a center of consciousness that grew before we had an ego and knows what we were and are before we felt alone. Leading as the land manifests a feminine source of energy in giving birth to the new from inside out, resonating with creative potential through the senses and sensibilities of a particular leader who fits a particular environment. It is this kind of fitness that is key to our long-term survival as a species.

This model of leadership is not new, and the wisdom of Indigenous elders reminds us just how old it is. Neither is it the purview of women alone. We all have access to both masculine and feminine energy and embody them in different proportions, even throughout our own lifetimes. But it would be fair to say that the rise of this embodied form of leadership is not separate from the rise of women generally and the emergence of a new stage of consciousness that values systems thinking, emotional intelligence, Indigenous wisdom, diversity, equity and inclusion.

A premise explored by those who gathered to learn more about perma-leadership is that nature can be our teacher. Some of the practices shared included absorbing oneself into a place in nature, perhaps selecting a spot we return to daily to feel into its changes with conditions and seasonal cycles. While being in nature, another practice was to experience it not just visually (which can put us up in our head), but through each sense, one at a time. A reverent oneness with water through walk and song came to life through Elder Shirley John of the Saugeen Ojibway Nation. Documentaries such as the Symphony of the Soilexpanded appreciation of the aliveness of the land, while digging up a patch of soil gave a hands-on way of witnessing the diversity of life forms contained. Zen practices such as deep hara breathing showed a way to cultivate inside-out attunement to nature’s rhythms. The prophesy of Indigenous Wisdom Weavers was a reminder of all that’s been forgotten, and the importance of remembering our wholeness and cultivating relationships of reverence and reciprocity.