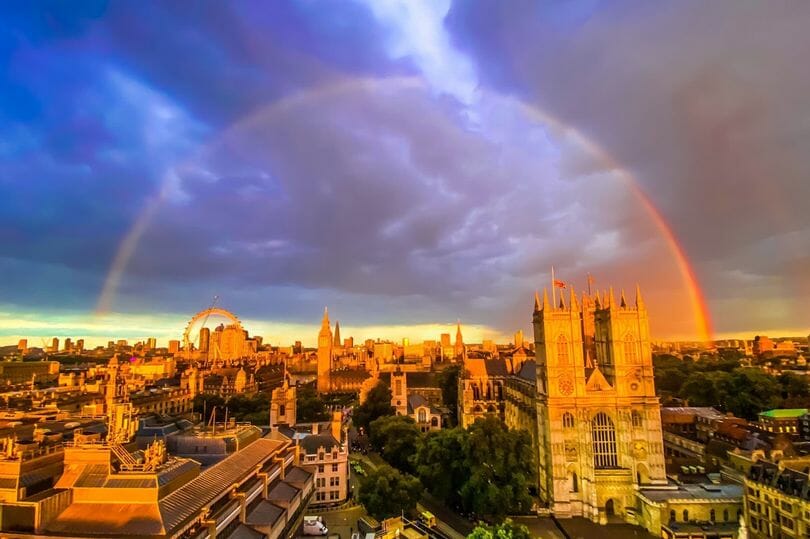 Here in the UK, the past ten days have seen an extraordinary outpouring of grief and sadness following the death of Queen Elizabeth II. During my own life, I have promised to serve the Queen on two occasions. At the tender age of six, I proudly stood and gave the Cub Scout promise ‘to do my duty to god and the queen’ and did so over the next ten years. Then shortly after my sixteenth birthday, I swore to bear true allegiance to Queen Elizabeth II and her heirs and successors when joining the Royal Navy. Her death seemed to awaken something within me.

During the week of national mourning, these early moments in my life seemed to take hold of me. So I found myself at 9 pm on a cold autumnal evening walking my way through the zig zag of control fencing leading to the start of the five-mile queue that wound its way along the river Thames to Westminster Hall, where the Queen lay in state. The night was profound in so many ways, a giant Kinhin (walking meditation) thousands of people snaking their way initially through the council estates of South London before reaching the river Thames, time elapsing as each historic or iconic building came and went.

The walk tested us, with not all the participants prepared physically or mentally for the ten-hour stand. Dawn broke as we made our final cross of the river Thames and the 900-year-old Westminster Hall stood in the morning sun in its full glory. As we walked the last hundred yards, there was a strange sense of jubilation amongst the crowd, not quite one of punching the air but the feeling of relief from completing an endurance race. We’ve made it. We are here.

The instant transition from endurance event into walking up the carpeted steps and standing and gazing into the vast 11th Century vaulted Hall took me by surprise. The scene of a monarch lying in state was like nothing I had experienced, and words can’t do justice to the sensation that filled me. A cleansing and purity radiating from the resplendent Royal Standard draped over the coffin. The only single thought that passed through my mind during the duration of the five minutes it took me to walk past the Queen and through the room was The Queen is dead. The Queen is alive. Nothing else crossed my mind; it was as though someone had just pushed a button within me saying reset to factory settings. I emerged from the hall into the cool morning sunshine, feeling incredibly fresh from the long night.

The Queen was a monarch and a spiritual leader holding the title ‘Defender of the Faith and Supreme Governor of the Church of England’. At the age of twenty-one, she announced to the world that she would dedicate her life to serving Britain and the Commonwealth, a promise she has kept throughout her life. I have found fascinating the characteristics that have allowed her to carry out her duties and, simultaneously, receive the love and devotion of her subjects around the Commonwealth. Justin Trudeau, Canadian Prime minister, said, “she was thoughtful, wise, curious, helpful, funny, and so much more. Her steady grace and resolve brought comfort and strength to us all in a complicated world.” Similar words have been repeated time and time over the last ten days on the news channels by monarchs, presidents, prime ministers, politicians, and anyone it seemed who had met her in whatever circumstances. Many people talked of her extraordinary compassion and ability to make you feel like you were the only person in the room, showing her ability to be fully present even when surrounded by thousands of people in a crowd.

She was a remarkable leader, patiently moving away from tyrannic Victorian values, repurposing and reshaping a declining Britain and Commonwealth into a truly ethnic and multi-cultural society. It is no surprise that a double rainbow appeared over Buckingham Palace in London minutes after the announcement of her death on the 8th of September and a further vivid rainbow appeared over Westminster Hall as the sun set on the eve of Her Majesty’s funeral.

In his sermon at the funeral, the Archbishop of Canterbury pointed out that “Few leaders see the outpouring of love that we have seen. People of loving service are rare in any walk of life, and leaders of loving service are still rarer. But in all cases, those who serve will be loved and remembered, and those who cling to power and privileges are long forgotten.

One leader of loving service who also died earlier this year was Thich Nhat Hanh, the Vietnamese Zen Buddhist monk. He also was born in 1926, the same year as Queen Elizabeth II and led a similar service-filled life, packed to the brim with accomplishment, built on his Zen teachings and a loving global community. A similar outpouring of grief and sadness took place after his death, yet the continuation of his teachings and community seem more robust and relevant than ever. Suppose the human race does survive over the coming generations. If that is the case, our leaders will have followed in the footsteps of Queen Elizabeth II, Thich Nhat Hanh and the other greats who have lived a life of loving service for which our future leaders, too, will be loved and forever remembered.

Thank you Andy it was a beautiful passage, most enjoyable to read and think over