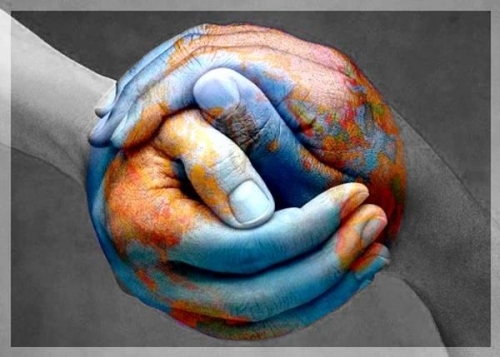 A little more than half the United States released a collective exhale last week, as we witnessed an anything-but-ordinary inauguration after an anything-but-ordinary transition of power. Yet, while some were exhaling, just under half the country inhaled with nervous anticipation of what lies ahead. Many remain unsettled about an election they were told was faulty.  Even though dozens of court cases on election fraud fell flat, with no evidence to support the claims, many people remained convinced something was afoul. A smaller but substantial subset of Trump supporters were convinced of radical conspiracy theories, deep state influencers and the ability of their president to overtake the government – an outcome they eagerly awaited. Many of those who voted for Trump have embraced the idea that Joe Biden and the Democratic party, that now enjoy the balance of power for the next two years, do not have their best interests in mind. For them, fear is in the air, and they see a blue wave out to get them.

This isn’t a healthy disagreement about smaller vs. larger government, or a public discourse on an ethical matter. I remember the good ol’ days of politics when important discussions on taxation and spending, and whether we invest in defense or social services dominated the day. These were paradoxes: healthy, useful discussions where both sides of an ideological divide had a valid point and the country was better off when compromise landed in the middle. Those are the days that Joe Biden is remembering when he gives speeches on unity, with a visceral feeling that this is both possible and that his experience is adequate to the task. As I write this, I can hear Billy Joel singing “the good ole days weren’t always good, and tomorrow ain’t as bad as it seems.”

As I write this, I can hear Billy Joel singing “the good ole days weren’t always good, and tomorrow ain’t as bad as it seems”

Unity was the clear theme of the inauguration. A message that was inspiring, convincing and needed. I teared up when I saw the first woman vice president take her oath, and I was left awe-struck by the performance of a 22-year-old poet laureate whose future seems very bright indeed. The hard work of unity began the next day, as did the voices of obstruction. However, from a Zen perspective, unity is a done deal. There’s no work to be done– it’s as simple as seeing what’s already in front of you. Our entire ecosystem functions as one living organism, and even if you haven’t had a Zen experience of interbeing with all of life and existence, COVID likely showed you just how powerfully humans are interconnected. Yet, unity of purpose has been as absent as justice for all in the United States, and if you’ve attempted to engage a person from the other side of the political divide in conversation, perhaps you share my experience of getting nowhere fast.

So, how do we get to this elusive feeling of unity? Biden called upon a favorite source of inspiration in the Catholic tradition, St. Augustine. He suggested we focus on the common objects of our love, and pointed to several for Americans to focus on: opportunity, security, liberty, dignity, respect, honor and the truth. Getting people’s interests aligned is good sales and better politics, yet it remains at the transactional level of human existence.

Compromise, negotiation, and maybe even a touch of empathy (that ‘standing in someone else’s shoes’ idea), is a good place to start, and I hope it works to bring down the temperature in the country overall. But to make the changes we need to make, on the scale we need to make them, for the very viability of our planet, for the sake of the soul of America and the future we pass onto our children, we’re going to need to focus not on the objects of our love, but on our love for each other.

When the last of these “objects” falls away there’s not much left to differentiate you from the other. What emerges from that experience is a kindness, a compassion, an ease and a patience in the way we deal with each other.

It’s a mysterious process, sitting on a cushion and immersing yourself in breath and posture over and over again until you can’t count the hours you’ve spent on a cushion. A lot of things fall off that cushion: tensions, fears, thoughts of what you want or need, thoughts of you altogether. When the last of these “objects” falls away there’s not much left to differentiate you from the other. What emerges from that experience is a kindness, a compassion, an ease and a patience in the way we deal with each other. We may not be able to change another person’s mind with what we say, but from that state of interbeing, through that feeling of love and kindness, with a grounded-ness of Earthly magnitude, we may just be able to help a person feel like there’s nothing to fear and that we’re in this together.

How Can you make your greatest difference?

Learn more about how you can work with resonance skillfully in your life and leadership, and get answers to your juiciest questions about how resonance works through you.

Gordon Hakuun Greene Roshi recently conducted keishin during the early January chaos in American politics. His evening teachings centered on the ways in which a variety of cultures face the kinds of greed and selfishness that threaten survival. This webinar revisits the topic and discusses ways we can face selfishness/greed head-on.

The webinar (7:30-8:30pm CST) will occur Wednesday, January 27, immediately after evening Daily Zazen (7-7:30 pm CST). After Daily Zazen, we will switch to a different Zoom link for the Webinar. To participate in the Webinar, please register here. As always, a video will be recorded and placed online. Events through Chosei Zen are donation-based and open to all regardless of ability to pay.

Learn more and register for resonate!

We live in a time of great noise, disruption and dysfunction, where it can be hard to be heard or know how to make a difference. But penetrate to the principle underlying all change and you can lead yourself and others in the most purposeful, joyful and resilient way. That principle is resonance and this course is your guide.

In it, you’ll discover:

Leadership, in the words of Kevin Cashman, is “authentic self-expression that creates value.” It’s a fact of physics that any value you create, any difference you make, will happen through resonance. Let this course show you the Way

IZL Courses are a great value any time, but our 1 and 2 level courses are an especially good value at 10% off through February 5, 2021! Sign up now for ZL1/HEAL 1 or ZL2/HEAL 2. Find out why the early bird gets the worm! While you’re there, check out specials on Zen Leader Coaching!